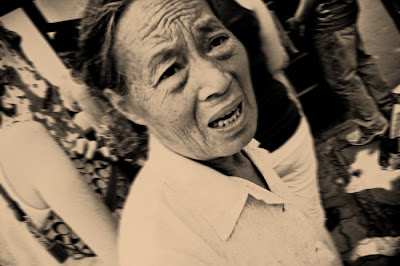 "All cultures nurture myths and fantasies, wonderful paragons with qualities absent in one's own culture or else nightmarish visions of evil from which deliverance or protection is sought. Paragons of beauty or visions of evil were at times transformations of one's own past in a search for roots as models to imitate or to avoid, as memories to praise, venerate, or curse, as those foundation myths which, from time immemorial, defined and at times even justified the acts and beliefs of a nation or civilization. At other times, they were associated with different cultural realms altogether, as though the psychological need for myths could better be met by contrasting one's own world with different ones, with the "empires of evil" of recent political rhetoric or with all these "others" that have populated philosophical and sociological arguments since Jean-Paul Sartre's celebrated l'enfer, c'est les autres (hell is others) of over half a century ago. Whether recollections of beauty or evocations of evil, cultural myths and fantasies lend themselves to images—in order better to be publicized but also because they are in fact images (albeit initially only mental ones)—and are thus easy to transform into representations."