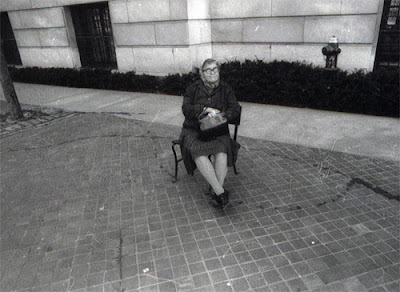 I went to a photography opening at the local Art Museum tonight. I was duped. It turned out to be an exhibit by the Kamera Klub.

I don't consider myself a photographer, let alone a Photographer. Cameras both obsess and embarrass me. An acquaintance I don't especially like, a Professional Photographer, once tried to insult me by calling me a Shutterbug. Yes, I said, I like that. I am a Shutterbug. Don't misunderstand me. I am in love with photography. I studied it in college, though it was not my major. I got a degree in Zoology, but I didn't take my foreign language requirement but rather kept taking photography courses until the Dean of Arts and Sciences called me to his office and said, "Don't you think it's time to graduate?" He said that the university would have to begin charging me out of state tuition, etc. Even after graduation, though, I studied with some very wonderful and talented and recognized photographers. It was usually fun. They were great men and women who liked giving their impressions of life. Most didn't make a big deal out of it but encouraged us to find our way. I am an image junkie and look upon pictures incessantly. I like to watch, as Chauncy (?) says in "Being There." A camera gives some permission to do that, to stare at people without getting into a confrontation. Not as much as it used to, but still more than is possible just walking around in the street. There are so many good images that it drives me crazy. And I have so many in my head that I would like to make given the time and courage. . . .

Oh, those images from the Kamera Klub were awful.

But who am I to complain?

Here are some images from the trip I took during the three months after they made me graduate, before I had to go to work, my gypsy/hippie travels on Kerouak's Road around the U.S.A, in the dust of Robert Frank and the fumes of Arbus. Derivative work, as always, but it is mine. 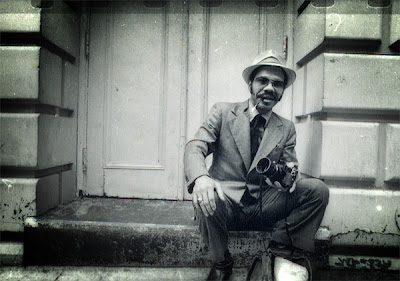 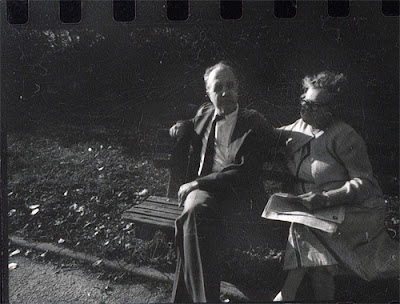 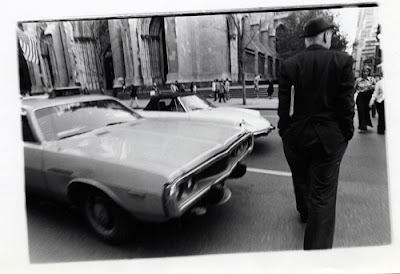 If I am going to show this sort of thing, though, I shouldn't complain in public about the Kamera Klub.
Posted by cafe selavy at 9:30 PM