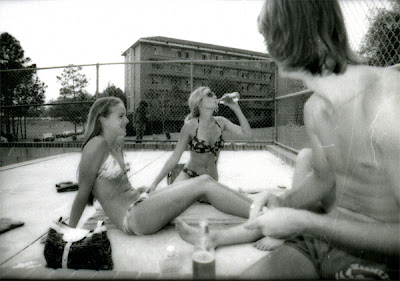 The nice people over at F Blog invited me to be a guest photographer. I sent them some photographs from 1975 that no longer exist in print or negative. They were lost when my mother moved, but you can read all of that over there.

I've decided to post some of the emails I sent with these photos to my dangerous friend in NYC along with some images that F Blog will not use. It is all for fun. I am very happy.

These are some very naive first works from my first days in college. Just laugh and don't hold them against me. 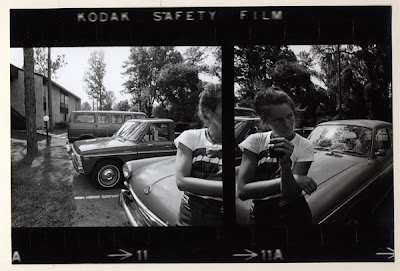 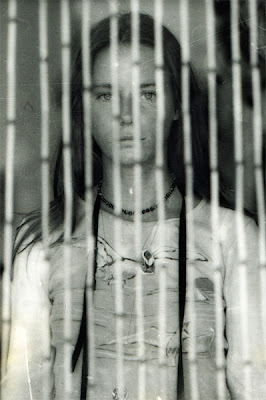 More purging. Not the important stuff yet. This was my photo buddy during my first term in photography at U.F. She was the first rich girl I ever knew. She had a haughtiness that I had never encountered, and it confused me. She was part of that Ziggy Stardust crowd. Now that I think of it, most of the kids from money were. She and me and another fellow, Jack, were photo friends, I guess. His father owned Cocoa Beach. He was a lawyer and Jack was on his way to law school. He knew exactly what he had to do and so things were easier for him. He was a bisexual, a cute guy who would buy ten tickets to a concert so that he could have a posse. I had never known anyone who would even let you ride in the car unless you helped pay for gas. Funny thing is that I don't remember the girl's name but have photos of her. I remember Jack's name but never took his picture. One spring break, the girl invited me to come stay at her house just north of Palm Beach. It was a disaster. Her parents didn't know that I was coming. They had a big, rambling house in what seemed to me to be woods on a canal only a few blocks from the ocean, yacht tied to the dock, everything in the shade of big Australian pines. We had dinner with the family, mom, dad, brothers and sisters. Dinner with the families I knew were tense affairs, ordeals in which you didn't want to piss off the dad. This was a free-for-all in what I felt must be a dining room from a movie. Nothing was stuffy, just big and beautiful and rich. Everyone talked and yelled and laughed and argued good naturedly. After dinner, she began getting ready to go out with some fellow. She told her parents I was staying and she took me out to a guest house to put me up. Then she told me to meet them at a bar in Palm Beach that night. It was a mess and everything was getting to be a too hard, so I told her that I would see her at the bar that night. When I left in my car and backed down the driveway, I ran over the mailbox her mother had just put up that day. I never went back to the house and didn't meet up with her that night. Instead, I drove the three hours home. 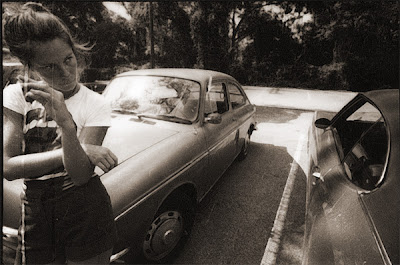 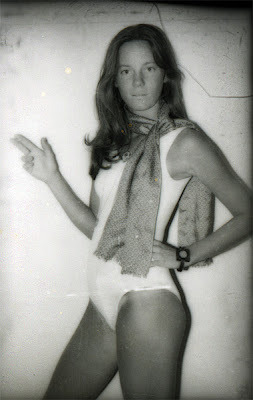