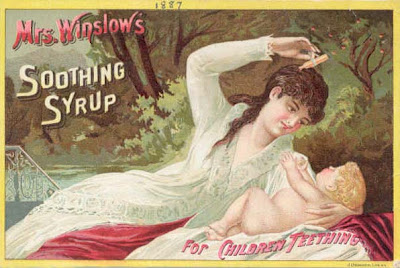 "Opium teaches only one thing, which is that
aside from physical sufffering, there is nothing real"
André Malraux
(1901-1976)
MAN'S FATE
When I was a child, every parent was able to go to the local pharmacy and purchase with only their signature a small bottle of Paregoric, a camphorated tincture of Opium which would ease the pain of illness and stop the runs.  Opium is the world's oldest and most common medicine, but somehow in the U.S. we've settled on other, more harmful and less effective, pain killers.  I thought of this much as I suffered through more than two days of pain and fever, and knew that with just a smidgen of codeine, I would sleep peacefully and awaken cured.  But the danger of addiction has been too deeply fixed in the public consciousness, and so I suffered, able only to take Tylenol PM with its toxic mixture of synthetic chemicals certain to cause me renal failure, heart irregularities, liver damage, hypertension, and an enlarged prostate.  But not addiction.
I am no fan of drug addiction and believe everyone considering recreational drug use should be required to watch "Requiem for a Dream" over and over again.  I grew up around drug addicts and was early cured of that romance.  But holy mother of god, when I am sick, I WANT MEDICINE.  I want to live in a time when the doctor shows up at the house, retrieves his syringe from a little black bag, and says, "I'm just going to give you this.  It will help you sleep."

You know--Civilized.
Surely, my parents gave me Paregoric when I was young, and it didn't hurt me. 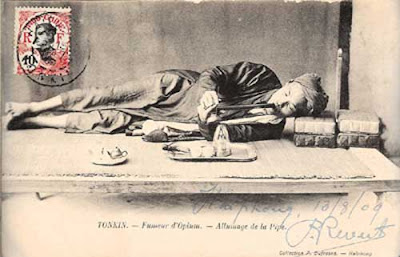