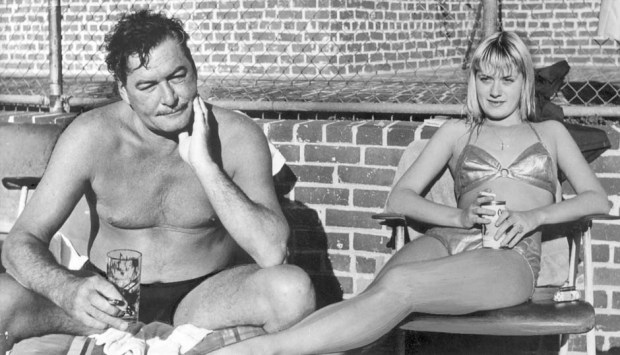 In the late 1950s, Flynn met and courted the 15-year-old Beverly Aadland at the Hollywood Professional School, casting her in his final film, Cuban Rebel Girls (1959). According to Aadland, he planned to marry her and move to a new house in Jamaica but he died of a heart attack before this came to pass.

I feel just Flynn looks in this picture today.  Oh. . . what happens to those who live romantic lives?  Romance is a disease, I think, perhaps genetic.  No matter how I try to discipline myself, I am always drawn back to a life of "texture," emotional and otherwise.  Of course, it always works out so perfectly. 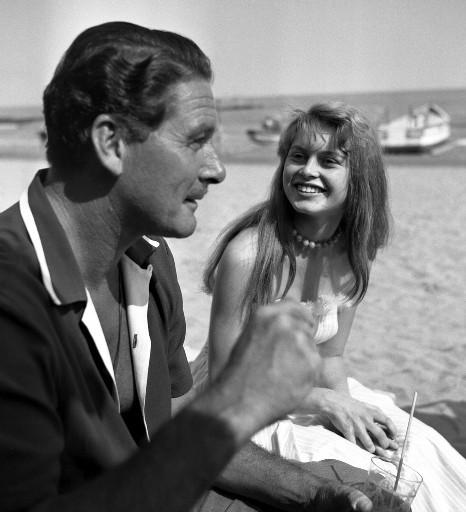 I like this picture of Flynn with Bridgette Bardot.  Good times, I'd say. 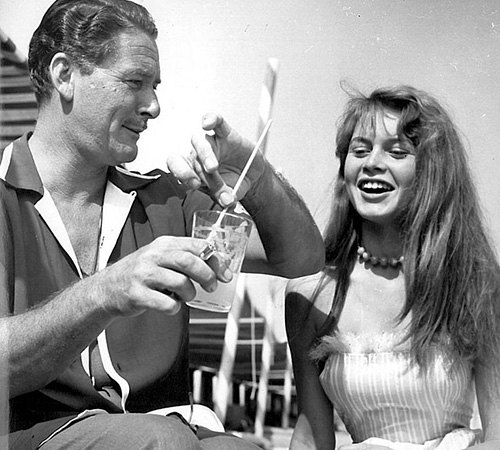 At least different times.
Many, many years ago, I saw a picture of Flynn with a young girl at the Beverly Hills Hotel that I cannot find now no matter how hard I search.  Perhaps my memory is faulty, but I swear she is wearing a pair of heart shaped red sunglasses.
I am disjointed today.  I went to bed early last night with a book.  I am sure I fell asleep before ten.  Woke at two-thirty with the worst case of heebeejeebees I may have ever had.  All the uncertainties of life were falling in on me like tall buildings in an earthquake.  I tried to find some zen, tried to meditate through it, but I hadn't a chance.  I got up and turned on a light in the living room so that it would ebb into the bedroom and keep me out of the absolute dark.  No good.  At three-thirty, I gave up.  There is medicine for this, I said.  Fuck it.  I took a Xanax.
Sometimes it seems that Xanax has no effect on me whatsoever.  But last night, it did.  I felt it kick in as I lay there, and then. . . it was nine o'clock.  That's what the old clock on the wall said, though I could barely believe it.  Nor could I get out of bed.  No sir, I was putty.  Even now, as I sit with my third cup of coffee, nothing is quite making sense.  I've read the news.  There is a super bowl and Mitt Romney is running for president.  It could have been old news, I don't know.  I called my new secretary and told her I wouldn't be in until this afternoon.  I'm sure she was happy.

Flynn was back in the gossip columns, back to work, and, by the beginning of 1944, back to marriage, this time to 20-year-old Nora Eddington, who had been working at the courthouse during Flynn’s trial. But Flynn’s career would never be the same. He became a caricature of his womanizing self: drunken, lecherous, and leering, even if somehow still handsome. He and Eddington had two children and evidently spent time hanging out with Rita Hayworth and Orsen Welles and looking tan and beautiful. 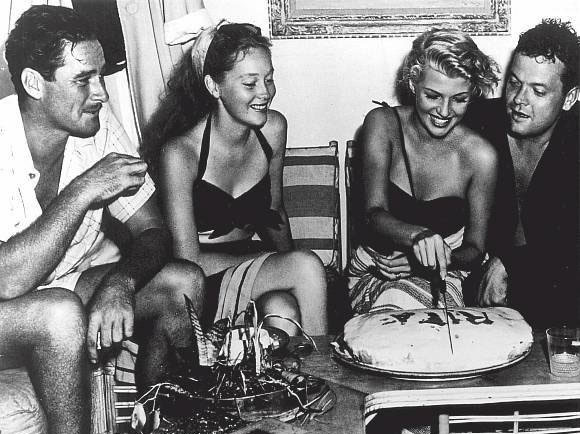 One story about him is titled "A Touch of Color in a Prosaic World."  But the color gets washed out, fades, and then is gone completely.  I thought we all wanted to grow up to be swashbucklers, but maybe I was wrong.  I most certainly was.  Some grew up wanting to be bankers and lawyers, doctors and engineers.  I don't think anyone ever asked me what I wanted to be when I grew up.  I don't know what I would have said, at least in the professional sense.  I knew, though, what I wanted to be.  It seemed so thrilling. 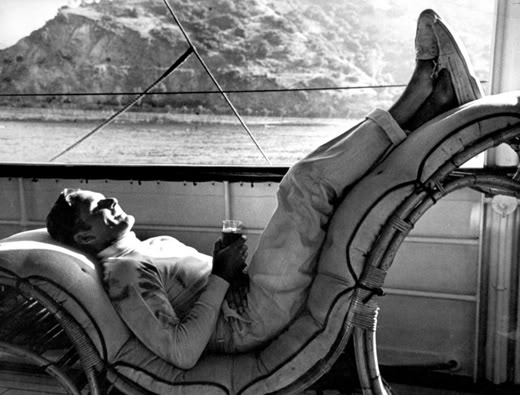