Blaze Starr and the Transition Hut 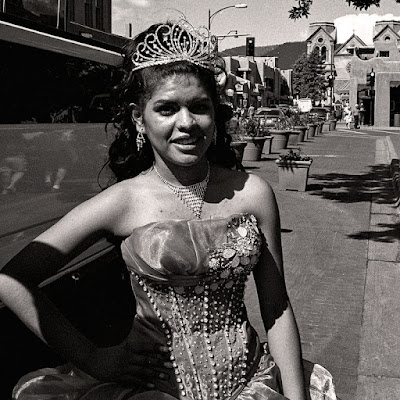 I read an obituary for the famous stripper Blaze Starr in the New York Times a few minutes ago.  Here are some excerpts.Ms. Starr, with a head full of red hair, an ample bosom and a penchant for playful humor, stoked the fantasies of her legions of admirers from the runways of burlesque clubs across the country for more than 30 years, seducing many men along the way.

At age 15, Ms. Starr began performing at a club near the Marine Corps base in Quantico, Va., before moving to Baltimore, where in 1950, she stepped onto the runway of the 2 O’Clock Club on the Block, a famous strip of adult entertainment shops and venues.

Sometimes, she stretched out on a couch, wiggling and looking seductive while removing her garments. When she got to the last pieces, smoke emerged from between her legs, triggering laughter from the crowd.

In a short video profile filmed before the movie was released, Ms. Starr was asked whether she would change anything about her life.

“Not a thing,” she responded. “I would just do a lot more of it and try a lot harder, and seduce a lot more men than I did.”

That writer had quite a sense of humor.

Starr was working in a coal mine and doing wash for a dollar a day before she began stripping at age fifteen.  Which, I wonder, was the better life?  Fact is, you don't see many fifteen year old girls any more.  They hide them all away somewhere, perhaps afraid of the Blaze Starr Syndrome.  What an age.  The girl in today's picture was celebrating her fifteenth birthday, a Latina Coming of Age celebration.  Her father is offering her to society.   From the Great Source:

This birthday is celebrated differently from any other as it marks the transition from childhood to young womanhood.  Latin myths and tradition tell about how girls were prepared to be married by the age of fifteen.

I guess they keep them in some hut preparing them for the transition, educating them in the ways of the world to come.  If they are American, of course, they must prepare for the Eternal Adolescence, for we have developed a sort of neoteny in our country where we never quite loose our gills.  Oh, you will have to look that up.  I have a degree in zoology, remember.  I am full of arcane knowledge.