Trump and the Tattle Tales 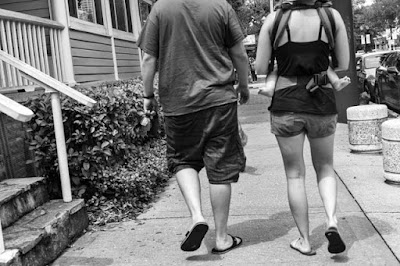 “Trumpism, the data and interviews suggest, is an attitude, not an ideology.”


Everyone I know despises candidate Trump.  It is the crowd I run with, I guess.  But Trump was created by some of them, the intellectuals who were part of the PoMo movement that empowered some people to shut other people up.  The tattle tales.  Is that how it is spelled?  I don't think I've ever written the phrase before.  But that is what we have become in many ways--a country of tattle tales.  We toss around words like bombs, and too many people can't keep up.  Trump just gives them the finger and says "Fuck you."  A big part of the nation have wanted to say that for a long time now, and not just the gun-toting Tea Bag nuts.  It has become difficult to say what you are thinking even in your own house.

How else can you explain it?

Everything in the past was bad.  Now, we know better.  If you are under forty, you have been taught that since you turned on the television and went to school in the nineties.  But most of what you learned was in the social media of easy complaint.  That is where you learned the rules of engagement and the formal logic of media complaint.

Television just tried to keep up.

And now. . . Trump.  He is popular with the over sixty crowd--and people who identify with that.

My friends do not, but my friends have never been afraid to say the wrong thing anyway.  It has been a badge of honor, really, to fly in the face of popular opinion.

Who was watching "Mad Men"?

Trump can't win an election.  He is just a symptom of a society that has banned free thinking and free speech.  You are not allowed to say what you might be thinking any more.  Somebody is going to tell.
Posted by cafe selavy at 9:22 AM