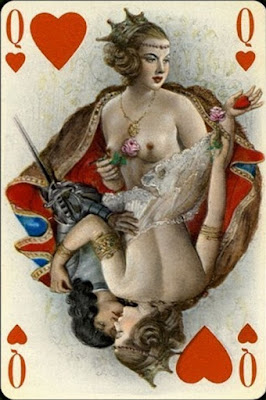 My friends write me and query, "Why aren't you posting any of your work?"  It is a complicated question, really.  It is silly and difficult.  It is sad.

I am sick tonight with something.  I entered a room yesterday, a meeting at the factory, and when I walked through the doorway, the room pitched sideways or someways, and I thought I might land on the floor.  Nobody else noticed, though.  It was me.  I took my seat at the conference table and sat very still.  What the fuck was that, I wondered?  I'd entered feeling great, but now I was on Queer Street.  It was just like that.  I was afraid to turn my head left or right, up or down.  I made it through that meeting and the next one an hour later.  I didn't feel dizzy, but I didn't feel good, either.  Was it a stroke, I wondered?  I hadn't shit my pants and I kept wiping the corners of my mouth to see if there was any drool.  When I drove home, I didn't feel right and I thought that maybe it was a brain tumor.  That is just where my mind goes.

I went to bed and was woken at 1:30.  I think a car with big bass speakers went by, and  I never got back to sleep.  In the morning, though I was tired, I thought, "at least I didn't have a stroke."  Happy Days.

I showered and shaved and headed out for the factory.  Everything went well early, but just before lunch, I was talking to a couple fellows when the room began to pitch.  Shit.  When it was over, I felt queasy again.  Still, I went to lunch with my boss and a group of people.  I rode in the back of a small car, and a couple times thought I might hurl, but I was able to eat lunch and make it through.

I didn't feel great the rest of the day.  My secretary said I wasn't myself.  An old friend said I looked off.  Another said I had tired eyes.  Fuck me, I thought.  I told them all I had a tumor or a stroke, but they all said sinus infection or cold or some such shit.  I don't feel like I have those things, though, and I've been hiding a lot of other things for a while.

"Call a doctor," they all say.  No thanks.  I don't want to go to a doctor.  I want to live or die, not something in between.

I'll be better, I think.  Maybe they are right.  Ili had something a couple days ago, and she thinks she might have given it to me.

But here is what occurs to me now.  Why is someone attracted to you, and then when they get to know you really, they need to impose a set of moral standards upon you that are not your own?  And more to the point, why would you let them?

It is complicated, of course, and there are many accurate answers.  But what I know is this: I don't have a lot of time to waste.  I told one of the bright fellows at the factory all of this and he said, "Well, that is my life."  But he is in his thirties.  "You have plenty of life left to waste," I told him.  "I don't.  I can't afford to waste a minute of it any more."  Maybe, I said, I am undatable.

I want to make pictures again.  I have been dissuaded, told that my pictures are pornographic, that I am a hobbyist, that there is something wrong with all I have been doing.  That knocked me for a loop for a while.  No matter, though, I am beginning to think about it again.  I am good at it, whatever "it" is, and I don't think that I should give up a thing I am good at.  That is probably what the idiot Clyde Barrow said.  I am certain that is true.  But who do we remember, the people who told him to quit it or Clyde?

I didn't go to the market today with the goats and the sheep.  It is a great shame, but maybe next year. There are many things I don't do, and now there is the vertigo and the dissolution, too.  I haven't worked in the studio for months, and I am sick with that, too.

It is important now that I write things truly.  Perhaps it is important that I make other things as well.
Posted by cafe selavy at 8:46 AM