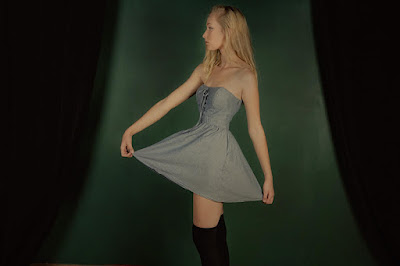 Ohhhhh. . . . Nightmares happen.  I've been dreading this since yesterday morning.  After my shower, after drying and primping, after getting dressed and ready to go, I heard a hissing in the wall.  I wanted to pretend I hadn't heard it, but pretending would do no good.  Another pinhole leak in an old copper pipe under the house.  It all needs to be replaced, but the crawl space is so small, nobody wants to go under the house, so in all likelihood, the re-plumbing would have to go through the attic.  Here in the sunny south, that means my cold water would be about ninety degrees when the tap was turned on.  I don't want that.

I called the same plumbing company that I called last time.

A knock at the door this morning.  Same boy that came sixteen months ago, but man. . . what it has done.  He was a skinny twenty-year old then.  He has had to have put on 25 pounds.  He couldn't fit through the hole any more.  My heart sank.  He called the office to see if they could send out one of the smaller fellows.  They told him to break the block and make the hole bigger.  He was not happy at all.

He has broken the block and gone under now, but he is back and telling me he cannot find the leak.  I am worried.  I see bad things in the future.  I'm trying to be Zen, but. . .

And so the horror goes.  I'll update this tale when it is over.