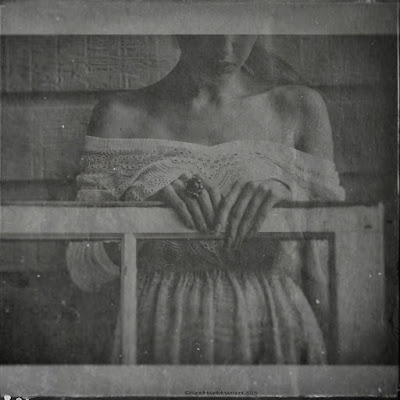 Angelika Ejtel is a Polish self-portraitist currently based in the U.S. She considers her photographic creation as a poetic experience in which she drowns herself, dissolves herself and, as a result, it gives her the feeling that she is reborn with each portrait into a new being. Her attitude towards the self is more of an exploratory journey between an awareness of self and an unawareness of some aspects of self.

I found Ms. Ejtel's photographs a few days ago. If I were still making photographs. . . . Look her up if you like.  Her work fascinates me.

I have become the sort of person I couldn't understand all my life.  I've suffered from catatonia before, but never so pervasive for so long.  If one of my friends started behaving as I have, I would wonder at what went wrong.  Was it chemical?  Was he always so weak, so indecisive?  I've been overtaken by "The Fear" and feel vulnerable to every possible danger.  A snail without its shell, a porcupine without its quills. . . a three-legged rabbit.  Worse.

I know a fellow who went mad for awhile.  Just walked into the madhouse and began introducing himself all around.  I understand him and this.  Tired of the whole thing and seeing no way out, one might simply resign.  There are worse things.

All around me are successful people.  My friends are mostly well-off and Republican.  O.K.  Not mostly.  But I know a fair number of them.  And my liberal friends who are not rich are well-educated and have an earning potential.  But they are of no matter to me just now.  They seem to get along better than I do, but the ones who have little to worry about other than keeping their fortunes--hell, they are all around me.  I don't understand how it is done.  Many of them made the money themselves.  One is the largest PVC purchaser in the nation.  Makes all that PVC furniture you see.  Oh, man, that was worth some bank.  Another invented paint.  Not exactly that, but the process for matching it.  Sold the company for a gazillion.  Another fellow made some software that all the insurance businesses use.  I even know landscapers who started with nothing and expanded into a multimillion dollar business including big contracts with huge retirement communities.  Another sells medical supplies.  I don't know how it is done.

I, however, decided to be the silliest of men--a Romantic.  I wanted to read Bukowski, thought he was something alright.  Now it is what I fear.  I wanted to make pictures like Ms. Ejtel's.  Still do.  I don't understand at all how the other stuff works.  I have the curse--a small but adequate income--that is not really small at all but seems much less than adequate.  But now I just want to abandon it all and run away to live in the desert.  An American desert.  I should make that clear. 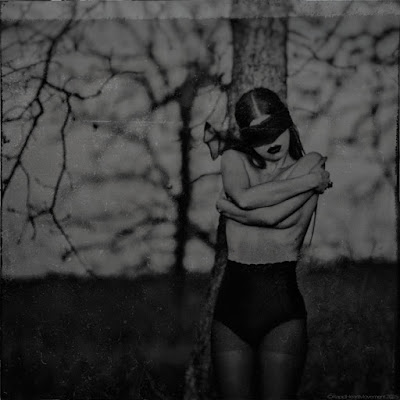 What about Ms. Ejtel?  She is young, and of course that saves you for awhile.  She will be successful, too, I think.  Perhaps she already is.

Just to walk into the madhouse, though--that is something.  "I can't take care of myself any more.  Would you like to try?"

The other alternative is to become the worst kind of thief, but I don't know how to do that, either.

Perhaps I will remember how to put one foot before the other.  That is what I must do now.  I will try to work all day without collapsing.
Posted by cafe selavy at 8:44 AM