A Morning with Rolling Stone 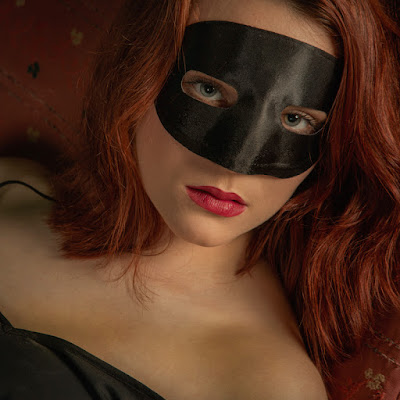 Holy shit--I was right!!!  This is the worst stuff I've heard since Billy Joel/Elton John (link).  What has happened to SNL?  I haven't watched it for many, many years, but. . . really?  I clicked some links to the AMA Awards show, too, just to stay current.  No, no. . . no.  I'm sticking with those crazy jazz guys from the fifties, I guess, smoking boo and popping a little horse.  I guess music has always been a bad influence.

Speaking of which--this (link).  As you can see, I've changed my morning reading habits a bit.  It makes me feel good.  The Times is wearing me out and CNN is pure shit.  Rolling Stone seems a bourgeois rag now, too, but surely there is something good there once in a while.  The Guardian, perhaps.  But the article.  I little lysergic acid every four days is better than Adderall, they say.  I'd guess so, too.  Before it was made illegal in 1966, it showed much promise in treating many psychological and some physical ailments.  But those goddamned kids got hold of it, and you know the rest.  But I think I'm in favor of giving people over 62 a mild dose of LSD every four days just to get 'em going.  I'm going to ask my mother what she thinks.

But she'll say no.  She won't even drink much coffee.  I will, though.  I do.  And thanks to recent studies, I feel much better about it.  I've been in the dumps lately, just pretty much immobilized, catatonic, really, and I've had some pretty desperate thoughts.  Oh, maybe I've made a mess of my life--I don't know--but it is the idea that others haven't that is so difficult to quit thinking about.  I mean, it isn't true, but alone in the night, it feels true, and really, what the fuck is truth, anyway.  So when I read this, I felt a little more secure:

"The researchers also found that study participants who drank at least a cup of coffee a day had between 20% and 36% lower rates of suicide, although those who drank less than a cup had 36% higher rates."

I'm sticking with the coffee.  The study shows many other health benefits, too, like fewer heart attacks and cases of diabetes even though coffee drinkers usually have many other bad habits.  I have them aplenty.  I will send the article to my mother and tell her to trust me on the LSD thing as I have a good track record of being right about medical issues.

I went a little nuts with the Rolling Stone thing this morning, but you should probably look at the link, too (link).  People who didn't grow up when I did probably don't understand how nudity is liberating.  I saw practically all of the movies on this list when I was growing up.  "I Am Curious (Yellow)" was one of the first.  I don't remember if they had a ratings system yet, but I was allowed to watch this and other movies (like "Swinging Swedish Stewardesses") when I was fifteen.  The doorknob masturbations scene with Sandy Denis in "The Fox" knocked me to my knees.  Maybe it stunted my psychological growth--I don't know.  But yea, mainstream movies were pretty different.  Maybe LSD had something to do with it.

Drugs gave us Ronald Reagan and the Bush family and all those Conservative Christian Crackers that are out to make every life miserable.  No, not the drugs, but the looney drug abusers who have had such a big influence on Miley Cyrus and Boy Bieber (but apparently not Adele).  I never thought William S. Burroughs a hero, nor Henry Miller, for that matter (drugs and sex if you missed the equation), and I certainly didn't want to be like them, but they are more appealing in most ways than that dandy Tom Wolf.  And though H.S. Thompson was pure genius, he is a poster boy for what a certain kind of living will do.  And as I write this this morning, I realize that hardly any life is appealing.  Who would I want to live like?  The Kennedys or the Rockefellers, maybe.  Surely there are one or two in each family.  But probably only in theory.

Nope.  I can't think of anyone whose life sounds appealing this morning.  We're all weird and life is dangerous.  Where do I procure the kind of LSD required for micro-dosing?