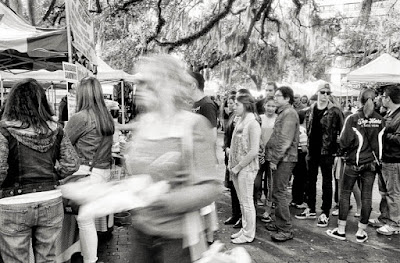 Summer came in like a lamb.  It was the first decent day we've had in a month.  I went to a crack-of-dawn meeting in the morning, but it let out early and I was home from the gym by late afternoon.  I poured a glass of wine and went to the new deck to sit in the shade and feel the breezes as I read a new biography on Diane Arbus.  It is good.  It is really good.  You would like it, too.

Her brother was the poet Howard Nemerov.  How does one family do that?  How do they create two poetic geniuses?

As good as it seems, however, the question remains: would you want to live the life?

Read the first two chapters at least.  Secrets are revealed.

Today John Reuter announced that he would be closing up shop.  He is the fellow who owns the giant Polaroid 20"x24" camera and all that is left of the old Polacolor film stock.  He is giving up what he calls the "Quixotic fight."  He and the Impossible Project and The New 55 Project have tried to keep instant film alive.  I've supported all of them with my money and have workshopped with Reuter and his crew in NYC.  In the end, I fear, all their efforts may come to nothing.  Too much money is required to do what they want to do and only a handful of people really care.  It is like belonging to a cult.

Still, I want to use the giant Polaroid camera once before everything is gone.

The breeze kept the mosquitos away, so last night we dined on the deck, and later, we took drinks down to the lake to watch the Honey Moon rise.  By nine o'clock, we still had not seen it, and though there was still daylight left in the air, we knew the sun had surely set and so we ambled home.  Later we stepped outside to see the amber colored moon low in the night sky.  A few minutes of staring before bed.

I am lazy this morning, but I must go to the factory.  The painter is painting and I am feeling guilty.  I am full of lazy guilt.  There is little to do but revel in it for a minute.  And now. . . .
Posted by cafe selavy at 9:03 AM