Why Make Up New Stuff? 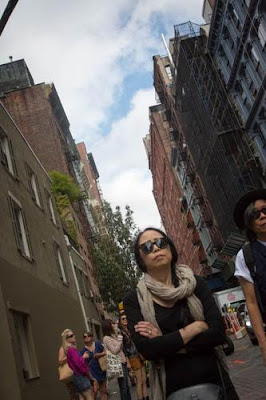 
Donald Trump comes out of his convention ahead of Hillary Clinton in the race for the White House.

Trump expanded his lead with white voters who do not hold a college degree from a 51% to 31% lead before the convention to a 62% to 23% lead now.

He now holds double-digit margins over Clinton as more trusted on the economy and terrorism.

I mean, have you ever tried to write something?  It's hard.  All the words have been used up.  If you find something you like, take it.

Hillary is set to make a comeback, though.  Those dirty Russian sonsofbitches have outed her party gal Wassermann, but old Hill is sticking by her.  Double down.  She's got her base.  They aren't going anywhere.

Whatever.  I'm done with that.  I've slept away another weekend, reading in between naps and watching too much t.v.  Another workweek begins.  It's back to the factory for me.  That's a safe, predictable bet.  I'm getting too old to take chances.  Don't bother looking for me in Rio.
Posted by cafe selavy at 7:56 AM