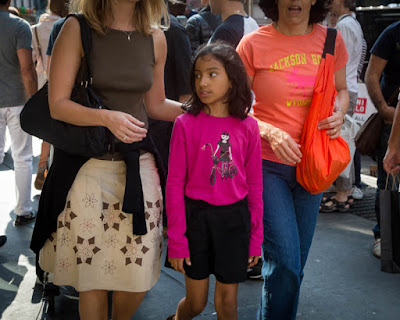 School starts today for kids here in my own hometown.  WTF?  It is barely August.

When I was a kid there was no school until after Labor Day.  Labor Day was the unofficial end of summer.  My life was marked by seasons and milestones.  Where are the seasons?  Where are the milestones?  Society has been uprooted.  Why hasn't Obama done something about the time changes twice a year.  Nobody wants them.  Pick one.  Studies show. . . .

My secretary is a kid.  We talk a lot.  She is a millennial and doesn't know a world much different than this version, 10.1.  When I tell stories about hitchhiking around the country without a cell phone, she gets a confused look on her face.  How'd I know where I was going?  How'd I get in touch with people?  You mean I just got into cars with people who pulled over on the side of the road?  I went to their houses and ate and slept with strangers?

I think everybody should have to do that, but we'd need to install pay phones again.  You need to be able to call somebody collect.

I had to explain that one.

I haven't watched any of the Olympics.  It used to be a big deal to me when I still believed I could train for it and have a chance.  You laugh?  You are not the first.  I've been told I have an outsized vision of myself.  That's o.k.  Truth is, I have competed against professional athletes and know the deal, and it is different now, too.  Look at the medal standings.  It takes a lot of money to be an Olympic champion, or a runner up, or a runner up to the runner up, etc.  You don't just decide to go train for an event, get good at it.

"Well. . . I remember when I was a kid, professional football teams in need of players would go to construction sites. . . ."

That is really not a joke.  Professional athletes had jobs in the off season.  They came to training camp fat.  We all had the fantasy that maybe we had a chance.

I don't like sports much any more.  My mother has a friend whose son started his daughter playing golf when she was five.  Now, at eight, she is the world champion for her age group.  That is all she does--play golf.  Before school.  After school.  Weekends.  Every trip she takes is to a golf tournament.  It is a kind of child abuse, I think.  There are moms and dads everywhere who have their sons and daughters playing one sport every day.  Oh, they are good at it.  They are really good.  But what's the point?

We are apparently better at teaching kids sports than we are at teaching them in school, though.  At least we are winning medals.  For all the school we put kids through, they can barely read and write, and they certainly can't do math.

And they are not happy, either.  Teenage suicide rates are the highest they have ever been.

If I do watch any of the Olympics, I am going to be rooting for some kid from a country that doesn't have a big emphasis on sports, some country kid who was just naturally strong or fast, who only trains three months out of the year, whose school days are short and who looks happy and seems to have fun.  No Instagram smile.  No synthetic muscles.  Some kid who likes to paint and read books and hike in the mountains and who doesn't want to go chasing Pokemon with a cell phone.
Posted by cafe selavy at 8:32 AM