The Wisdom of Money 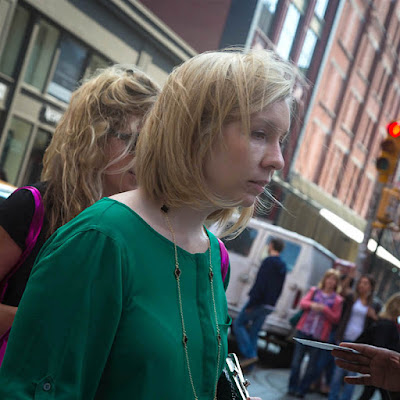 How do you choose your life?  Do you save for the future or do you make yourself happy in the moment?  Conventional wisdom, of course, says to save.  It is rewarding to save in its own way, and the resources are there when you need them.  It is difficult to watch the bank account empty, though, but you tell yourself it is better than debt.  And you are right.  Debt is a kind of death.

So there is that.

But there is also putting off a trip to Cuba or Amsterdam or Morocco or anywhere else in order to save.

I had a bad night last night and didn't sleep very much.  Awake in the dark, I found myself recalling times in my studio, the menagerie of people I got to meet, the things I got to make.  I do not regret the money spent.  Then I started thinking about something that I want.  I was in a half-sleep/half-wake panic about the money it would cost.  I kept seeing the figure cross across my desk as a debit from my account.  The thing I want is a camera, a replacement for one that was stolen.  It is a Leica Monochrom, the only black and white digital camera on the market.  I miss it much.

There is a reason to shoot black and white digitally rather than converting color images to black and white.  Several, really.  Maybe most importantly, the dynamic range is much better.  That just means you have more gradation, more steps between black and white in the pictures.  But there is another, too.  It takes much less processing.  The images are so nice, the post-processing is minimal, so it is truly a street camera.  I dreamed of it last night thinking how much I want to own one again.

And I can.  There is a newly refurbished one from Leica for a good price.  But how do I justify it?

I could sell off some of the cameras I have now, of course, and that is a possibility.  The other way is by telling myself people buy cars and boats and woodworking tools and many, many other things.

Somehow, though, that doesn't work.  There are plenty of people who don't buy those things.

It was a disturbing and confusing night.

I don't know why I want to go on making pictures anyway.  It is personal, I guess, but I have been brought to doubt each and every one of my motives.  I have never had the yen to make money.  I'd love to think like a bandit, to buy things and sell them for more than I paid.  That is considered smart.  Making money is wise.  Making pictures, though. . . well, that is something else altogether.