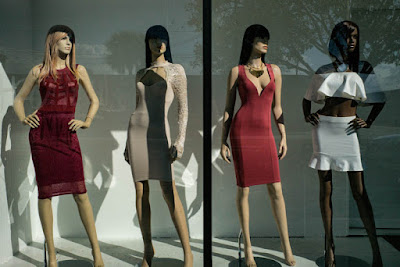 You've all read about the "controversial" new Vogue cover.  It is not diverse enough say critics.  I'm not sure who the "critics" are, but I'll bet dollars to donuts they don't buy Vogue magazine.  It's kind of like criticizing Sports Illustrated for only putting athletes on the cover when you don't like sports to begin with.  Well. . . I forgot.  They put models on the cover, too.  Let me think.  What's it like?

None of the old jokes work any more, not in a world where it is Villains vs. People Who Are Kinda O.K.

I was thinking this morning that American women make up only 1% of the world's population.  That's pretty stunning.

Islamic men make up about 12%.

That is not meant to be an equivalence, but thinking about it leads to some interesting ideological clashes.

Islamic men, of course, are not an ironclad block.

Neither are American women.

But what bothers me is the lack of diversity on the cover of Vogue.

Would you want to be the kind of woman Trump would like to grab?

I'm just saying (never trust any speaker who says "just") that the old jokes don't work any more, and I'm not sure there are any to replace them.  But. . . I've not been watching SNL.  I'll need to, I think, in order to catch up.

I'm trying to be the sort who doesn't care, but Trump seems to be influencing EVERYTHING.  What a dude.

But I need to focus on what is before me.  A perfect day.  Scooter riding from cafe to cabaret.

These are uncertain times.  I think I'll go read "The Waste Land."
Posted by cafe selavy at 8:36 AM