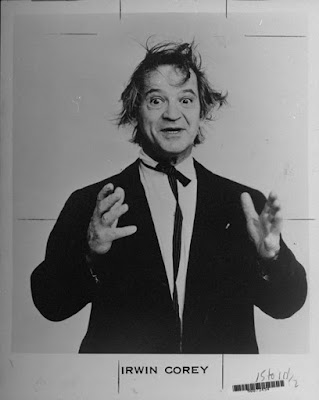 It seems everyone has sent me an article on Irwin Corey's death.  It is astounding to me for I believed that I was one of about ten people in the U.S. who even knew who he was.  Seems not.  Turns out, he was a hell of a lefty.  A good one.  The liberal kind.  I always got a kick out of seeing him on t.v. when I was a kid.  He was on Merv Griffen a lot.  Griffen had one of the most radically liberal shows on television, always supportive of the old black listed types.

It must have been tough being the world's leading authority.

In truth, I had no idea he was still alive.  He was more than alive, though, still working the streets outside his multi-million dollar apartment in Manhattan.  I read that.  True?  How does a guy like that get rich?

This morning started off badly.  It is grey and drizzling, and as happens every so often, when I made the coffee, it ran out all over the countertop.  Grounds, too.  I have white tile counters with lots and lots of grout, so it is always an ordeal to clean it.

I made a second pot.  And as I did, I wondered if it was harder to be liked or hated.  Being liked carries so many expectations and obligations, you know?  Being hated. . . well, that just sounds easy.

But when I thought about it more, I realized that Jimmy Carter was a very good man who was very loved, but he was also hated as well.  Ibid Obama.  So there is no getting around it.  The question becomes, then, whether it is easier to do what others think is good or. . . not.  I've always been bored by the first and drawn to the second.  Ironically, though, I feel the need to be the first.  Not that I am, just that I feel the need.

Thus, the necessity for self-medication perhaps.  Cain and Abel, I guess.  Adam and Eve.  Pick two.  Who do you prefer?

I want to minimize.  I want to choose one camera and a notebook and take a year-long walk.  I want to be very, very talented.

But I won't.  My kitchen table is littered with cameras right now, old rangefinders I pulled out of a drawer for some unknown reason.  All film cameras.  An Olympus 35 ED.  A Canon Cannot G-III QL.  A Yashica Electro 35 CC.  I've cleaned them up, bought hard to find batteries, loaded them with film.

They will sit here while I work at the factory, little fantasies, little dreams of escape.

I'm not thrilled with the day, a reminder of many things.  Such days are burdens.  But people are nice.  They send me pretty things. 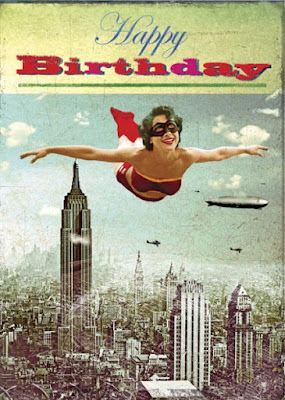