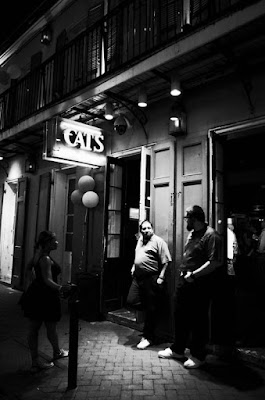 I finally got around to processing pictures from the last trip--right before the next trip.  Trip pictures.  What have I become?

I'm reading a silly book from 1966 called "The Right People," by Stephen Birmingham about the social establishment in America.  It is full of names to which I have never paid attention, the sort of names Fitzgerald lampoons in "Gatsby."  It is about snobbery and the accoutrements of such.  There are social registries and geographical guidebooks to where the right people live.  The Establishment.

It is about everything my generation was not.

Or so I thought.

I realize now, of course, that though conspicuous consumption has replaced much of what used to identify "society," there remains such a thing.  I read it and am disgusted.

With myself.  That is the shocker.

It shouldn't be, though.  Not so much.  There is an F. Scott in me somewhere yearning.  But there is a Hemingway, too.

"The rich are different from you and me."

I've always dated "up," but once I dated a real society girl, the kind from the social registry.  Reading the book, I realize what a weird experiment I must have been.

I wish I had been a rich hippy rather than a poor one, but those days seemed the great equalizer to me.

You can usually tell a Hotchkiss, Choate, Deerfield, Groton or St. Mark’s man about a mile away because, for the past few years, he has been wearing a Madras plaid jacket and impressed chino pants that ride high around his ankles. He may be sockless, but if he wears socks they will be of the white athletic variety. The shoes are loafers. The top button of his button­down shirt is usually unbuttoned (not always a sign of sloppiness so much as a sign of an outgrown shirt). His necktie may be slung over one shoulder and hanging down his back, as though a high wind blew it there or he himself put it there. Within the framework of this uniform, variations are possible, and they exist from school to school. At Hotchkiss, for example, the preference is for battered loafers, often pieced together with adhesive tape. St. Paul’s shows a fondness for loafers with a hard, jewel­like polish. A curious rule operates. One concentrates either on the bottom part of one’s appearance or on the top. As there are about loafers, there are two schools of thought about haircuts; they are either long and uncombed or short and slicked. Shoulder­length locks, however, hip­hugging bell­bottoms and flowered Tom Jones shirts are seldom if ever seen. Carnaby Street, which has made its presence felt in public high schools across the country, has yet to have much impact on the great private boarding schools of New England where, in ways both subtle and direct, young men are reminded that they are the future leaders of America.


O.K.  That was 1966.  Some of these kids went to Country Club College in my own hometown.  This was my girl's brother, in the main.

Coming in from a busy day, she will toss a large floppy hat over the swan’s­neck post of her bed (“A king made love in it, of course”) and accept a drink from her butler while she removes her stockings, talking full­steam to her visitors all the while.  She has been known to arrive for a quick, unscheduled visit to her Palace of the Legion of Honor with a mink blanket around her shoulders and nothing else on but a nightgown and a pair of bedroom slippers.

Aristocrats need not be self-conscious, I am told.  Drinking with the ultra-rich in Palm Beach at the old, old O'Brady's that was still on the right side of the river in the original speak easy and gambling establishment, you could never tell.  The fellow who owned the yacht wore boat shoes, khaki pants, and a wrinkled chambray shirt. There was, as they say, however, "a certain air."

I come from the underbelly of the world, though, proud to be able to navigate the rougher parts and nether regions.  That takes "a certain air," too.

The air smells different, though.

Life offered me the opportunity to trade up to the "Bohemian class."  I think.  Bobo, maybe.

This is what I am reading, anyway, between stints with "The Magic Mountain."  Reading that is like moving a glacier with a tea spoon.

I can already see my friends  rolling their eyes, both the Fitzgeralds and the Hemingways.  This is fey shit, I know.  It is, however.

I have been having terrible, unpleasant dreams lately which could be contributing to my exhaustion and stupidity as much as the weather and other, unspeakable things.  All I want to do is live in a huge house in an isolated community and have servants bring me drinks on silver trays.  No, that is not all that I want.  It is only the most conspicuous part of the very messy package.
Posted by cafe selavy at 7:24 AM