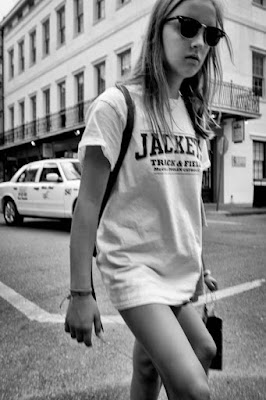 I did something I haven't done before yesterday.  It wasn't a good day for me.  I have not been sleeping well, and I was just beat when I finally got up at five after a night of tossing and turning.  I took a long walk, but that left me feeling tired rather than refreshed.  I had to go to a satellite of the factory to work yesterday morning, and after that, I went back to my office.  My secretary had texted me and said she had to leave, that it was an emergency, and since she knows my schedule and I what I need to do next (and I pretty much don't), I fiddled around with things as long as I could.  Then I got up from my desk, picked up my bag, left my office and went to my car, and drove away.  It felt weird, I have to say, but I didn't want to be there any more.

I knew what I wanted to do, and it was something else that I don't really do.  I just wanted to go home and pour a glass of wine and get on the couch and watch t.v.  I stopped at the Greek place and got a big salad and half a chicken and headed home in the heat and the drizzly rain.

Thank god I have spent money on insulation.  It has made a difference.  My house was cool, the t.v. room dark.  On the way home, I heard a report on NPR about the Albert Maysles and a film he finished just before he died in 2015 called "In Transit."  It is owned by Al Jareez Television which has folded and the film has never been released.

I'd never seen the two documentaries that have made him famous, "Salesman" and "Grey Gardens," so I figured I had the rest of my day planned out.  I have Netflix and Hulu, so surely. . . but no.  Netflix only makes them available on DVD.  But in searching, I came across another that I could watch for my subscription price--"Bill Cunningham New York."  I've never cared much about Bill Cunningham though I used to look at his stuff in the New York Times.  It wasn't him so much as the fact that I do not care about clothing and fashion.  I started the film by accident, really, on my computer, and got sucked in.  I went to the couch, turned on the t.v., and let it play.

Watch it.  Watch the film.  Holy smokes is all I can say.  Bill Cunningham has become one of my heroes.  What a thing.  What a horrible, lovely thing.

After that, I rented "Grey Gardens" from Apple.  But before it started, I ran to the liquor store just to make sure.

I woke up halfway through the film.  I really liked the first half, but the day and the liquor combined. . . . I will have to rent it again tonight to finish it.

I did not sleep well last night.  Woke at two.  I was thinking about the characters in each of those documentaries.  There is a terribleness to life that people brave onward against.  I could not sleep for thinking about it and thinking about how I may not, somehow, have the fortitude or the courage to do so.  I was not awake, not asleep.  And then a noise outside my bedroom door brought me to.  I jumped up to see whether it was an animal or a human.

It was neither.  The sprinklers had come on which is a problem since I have turned off the sprinklers weeks ago.  There should be no way for them to come on at all.  I stood naked on the bedroom patio watching them and wondering, thinking about the money I spend trying to keep the house up, feeling helpless, feeling doomed.

I went back to bed, but it was useless.  Visions of a cursed future brought on the night terrors.  How does one, I pondered, carry on?

Today will probably be no better than yesterday, and I may want to sneak out early once again to come home, lie on my couch, and watch the rest of "Grey Gardens" and then watch "Salesman."  I am pretty certain of it.

I have less and less inclination to do anything, it seems, other than think and read and look.  I don't want to fix sprinklers or patch cracks in the wall or fix doors that don't close properly.  I don't want to weed and fertilize.  And I fear that I don't have the money to let others do it for me.  I am not a practical man.  I tried it, I think, but I wasn't any good at it.  I am what they call a lazy dreamer.

I'll need to sleep tonight.  I might need help.  It is the season, I know.  This happens to me every year, I think.  There are demons at play after I pass out on the couch, wake up and make my way to bed.  I don't know how it will all work out.  Maybe in the end, I'll just take acid and wander off naked into the wilderness.
Posted by cafe selavy at 7:48 AM