That's What You Think 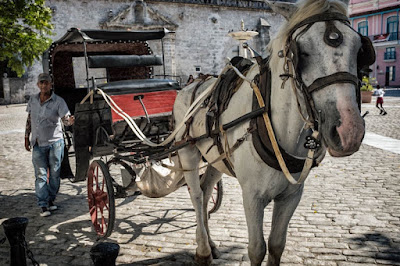 After watching "Grey Gardens," I rented an earlier film by the Maysles brothers, "Salesman," made in 1968, about a group of traveling Bible salesmen.  I sent links to the film to several people who would remember such times, who would remember when salesmen would actually come to your door, come into your house, and demonstrate their wares.  Vacuum cleaners, encyclopedias, Fuller brushes, makeup, cleaning products. . . .  If you were never subjected to that as a kid, you've missed horribly much.  What shakes the memory in the film, too, is the absence of things.  There were not as many people, of course, but there just weren't nearly the number of manufactured objects in the world.  Rooms were more spare, speakers smaller, things not as loud.  You can feel the "void" in that world.  In retrospect, it is easy to understand why Existentialism was so much in vogue.

And money was tighter.  People were not the consumers that is the hallmark of society now.  My father, I remember, would always order food by the price.  He wanted there to be no mistake.

But that was rare.  We hardly ever ate out.

Gender roles are clear in the film.  What is surprising, though, is how powerful and important the women in this film are.  They handled the household budget.  They were were by far the wiser and lovelier people.  Salesmen sold to wives.  Men were easier as they were less likely to say they couldn't afford a thing.  Male ego.  They couldn't admit to that.

But the film's ending tells the story of men and the consequences of their need to succeed.  You understand that completely in the films final shot.

Oh, it was wonderful.

I couldn't help but think of Beckett after watching three devastating documentaries in two nights.  Yesterday's post concluded with a Beckett line.  And I will end this one with something from "Waiting for Godot."  It is a perfect comment on the present.


ESTRAGON: I can’t go on like this.
VLADIMIR: That’s what you think.
Posted by cafe selavy at 8:03 AM