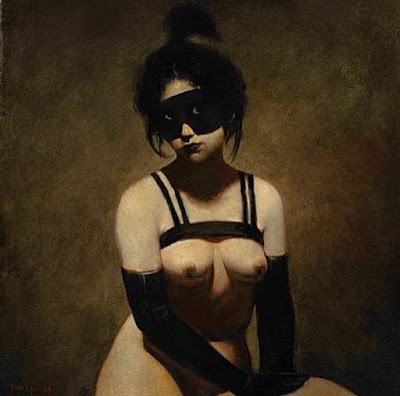 I was sent this image by someone who said it reminded them (we are now allowed to use the singular plural form of a pronoun) of something.  They (ibid) liked it.  Funny that, though it didn't really seem so to me.

I have cameras and nothing else.  This blog has become nothing more than a lament.

Another friend sent me a link to a review in the N.Y. Times of Lawrence Osborne's new novel, "Beautiful Animals.  I ordered it right away but it won't be available until July 18.  I'm hoping the novel will be as good as his others.  Or better.  Osborne is a terrific writer who gets sloppy sometimes and makes mistakes.  But he is good and I enjoy reading him more than any other contemporary writer. . . probably because his writing isn't contemporary.  It is a throwback to something else.  I don't think it would be easy for someone under thirty to enjoy his writing.  I tried searching for a list of good writers under thirty just now.  Pitiful results.  You can find lots of lists of books written by writers under thirty, but they are old.  Pynchon's "V."  Hemingway's "The Sun Also Rises."  Fitzgerald, etc.

I'm not against young writers at all.  Tell me which ones.  I'm all ears.

I'm pretty sure the writing will be about identity politics.

I did some research on trailer parks yesterday.  Not much out there, really, but I found enough, I think, to write a cover letter about my artistic mission, at least one that might get me in the door.  Trailer Parks started years before I would have imagined, but the 1960's saw a real boom.  Trailers started as campers, but people who could afford nothing else began to live in them full-time.  What began as recreation ended up as alternative living for the poor; hence, the stereotypical hallmark of trailer park living.

My cover letter won't say any of that.  It will be about the disappearing lifestyle of historic mobile home living.  There are many beautiful images from the past.