What He Should Have Said 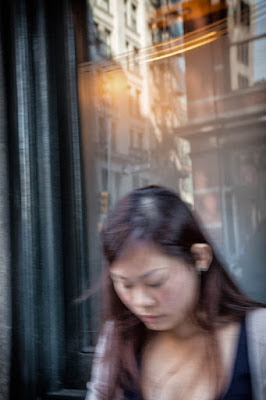 That's the only explanation I have.

This constant monitoring of kids, our most obvious recent cultural phenomenon, hasn't come without consequences.  Kids have rebelled in the only way they could.  The phone.  They have become secretive little things, but worse, they have become joiners.  They want to belong, and not in a healthy way.  Sure, everybody wants community (I'm an anomaly), but theirs is of a new sort.  Maybe humans own a genetic trait that makes us want to be little Nazis.  If so, genetic engineering can remove it--or, more likely, enhance it.

But I have lost my way.  My point was (going to be) that you can't blame kids for what we make of them.  Exhibit A (link).

No, I have lost my way inexorably.  Completely.  My mind has wandered.  As my fingers rested here upon the keyboard, I began to think of my contempt for people who like to (a) be part of a crowd and (b) be leader of a crowd.  In my job as a videographer, I had a partner for a long time.  Each of us were fairly charismatic (o.k. fuck you) and able to attract attention.  While I saw it as my job to disenchant people as quickly as possible, he nurtured the attention until he had an almost cult-like following.  He enjoyed being the center of their sycophantic attentiveness.  He disgusted me, in truth, as would one who doesn't wipe properly.  I mean. . . he seemed shitty.

My now dead ex-friend, Brando, also needed a crowd to exploit in the manner of Hemingway, as if, in a twist of the old saying, the unobserved life was never lived.  Being carried atop the shoulders of others makes you seem bigger, I guess.

But maybe I'm not being fair and am only lifting myself up on my own shoulders to make myself look bigger.  But wait--those two things need not be mutually exclusive.  Perhaps there are different ways of elevating yourself.  Yes, that must be the truth.

(Dr. Freud sits silently making notes.  He is writing a poetic narrative of the mind.  His research excites him).

"I'm afraid our time is up.  I think we've uncovered some really powerful stuff here, fertile ground to work with next week.  Wait. . . I'm going to be out of town. . . check with the receptionist.  In the meantime. . . ."

Walking out onto the sidewalk, he felt an involuntary shiver.  Wait, he thought.  None of that was right.  He began editing the last hour in his mind.  That wasn't it.  What he should have said. . . .
Posted by cafe selavy at 7:59 AM