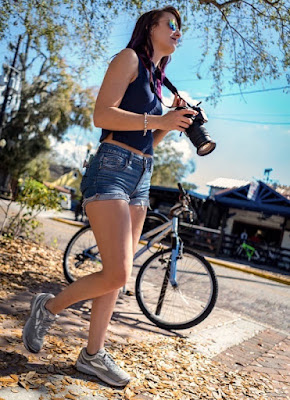 It's a world of pictures now.  Camera sales have probably surpassed auto sales.  Surely.  Especially if you count phones.

So why do I get all the dirty looks? 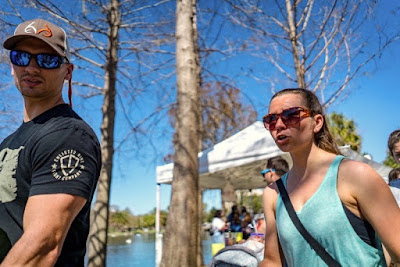 That boy's got some testosterone.  I suggest that all women do testosterone for a month just so they know what it's like.  Then they would understand.

"Is that the way you feel all the time?"

I blame the Disney Chanel for most current things.  On their shows, parents were dumbfounded and children were heroes.  Kids always set their parents straight.  That is what happens now.  We have valorized childhood "wisdom."  It is as if people thought Pink Floyd was telling it straight.

"We don't need no education.  Teachers leave those kids alone."

Kids have the good idea.  They imagine they want to be something they are not.  We all did it.  Now we just tell them, "O.K., that's a good idea."

I love kids.  I pretty much don't love most parents.  Seems to me they have abdicated much of their authority.  Some, anyway.  Black comedians still preach the efficacy of disciplining a child.  I saw Chris Rock's special on Netflix, or half of it.  I got to the part where he was saying that we have to quit telling kids they can be anything they want to be.  We should tell them, he says, you can be anything you are good at if someone will hire you.  I think that's what he said.  He said he wanted to ask the official at the school where his children went, "So you wanted to be a Vice Principal since you were a little kid?  You used to dress up in Vice Principal clothes and pretend?"

I guess I'm only talking about middle class white American parents.  That is about .5% of the world's population.

I don't have kids, so I can give this good advice.  And as someone transitioning from male to female (time does that for you regardless), I think I am qualified to give good advice on gender issues, too.

That will be my new avocation.  I'm going to become a Life Coach.  Let me know if you have the money to hire me.  I'm tired of giving this all away for free.
Posted by cafe selavy at 8:32 AM