A Day of Respite 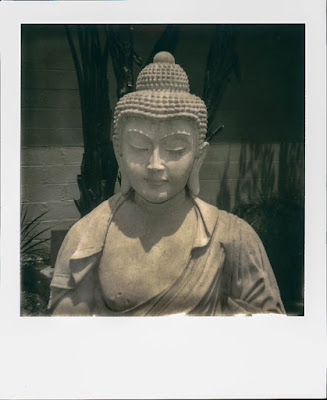 I gave myself the day off yesterday.  I mean completely and totally off.  It wasn't much different, really, than other days except psychologically.  "Today I don't need to do anything."  That kind of off. I could do anything I wanted, but I didn't have to.  No exercise.  No need to make pictures or even look through files.  I left my mother's house and went to mine to watch the World Cup.  I sat on the couch alone but texted my friends.  It was fun--the Hillbillies vs. the Imperialists.  The Hillbillies went out like the house was on fire.  The Imperialists stuck with finesse.  The Hillbillies had the ball on attack at least 3/4s of the time, but the Imperialists used set plays to score.  In the second half, the Hillbillies had no legs.  The little brutes were spent.  And then it was done.  I hoped to see the next World Cup as I have seen them all since I watched Germany play Argentina in Mexico City.  I was in a little outdoor cafe high in the Peruvian Andes.  People were crowded around a little black and white t.v.  It was the first time I'd watched a soccer game.  It was fun.

I thought I might have a let down after the game.  It was one o'clock and the day was steamy.  I have forgotten what to do, really.  What do people do?  I checked out my old Polaroid cameras to see if they worked.  Some did.  Some didn't.  I had film for my cheapest camera, a One Step.  I loaded the camera and put it in the bin under the Vespa seat, put on my expensive sunglasses, and took a ride.

I headed downtown on some back streets I don't usually or even ever take.  I came across a Buddhist Center that looked very unremarkable.  There was a garden attached.  I turned off the bike, walked in, and sat across from an Indian Buddha.  There was nobody around.  Everything was still.  Maybe, I thought, I'd come back.  I took one photo before I left.  Take only photos, leave no trace.

I was kind of lost in the route.  Everything was new, and I wasn't certain exactly where I was, but nothing like that lasts for very long.  I came out on the "wrong" side of the park.  The view was different.  I found a place to park my scooter and joined the crowd.  I had my camera, but I didn't want to take pictures.  And I didn't have to.  I was off.  I just watched and listened and absorbed.  I tried to write it, the people--their haircuts, their clothes, how it spoke to who they were, what they thought, how they lived.  I watched people line up before a pagoda to take pictures of one another with the lake in the background.  Unremarkable photos.  Keepsakes.  Its what they wanted.  I watched the jugglers and some wacky kind of Nerf-ish archery and the usual group of circus-acrobats-in-training.  I saw pictures.  There were lots and lots of pictures, but I didn't have to try to take them, for I had taken the day off.

I got back on my scooter and drove downtown.  Lots of people were in the bars, probably the remnants of the World Cup.  A fellow sat on a big electrical box with a sign.  I eased up beside him.

It was the first time I'd done this sort of documentary stuff in a long, long time.  It felt liberating, exhilarating.  I could still do this, I thought.  I could still talk to strangers.

I'll show you one of the two pictures I took tomorrow.

On my way home, I stopped at the Cafe Strange.  It was jam packed full.  I ordered a drink and wrote some things I didn't want to forget.  I had forgotten to bring my phone.  After a bit, I turned to the fellow sitting next to me with his girlfriend.

"Excuse me, do you know the time?"

This took effort as I have forgotten how to talk to people, how to approach them.  Sounds silly, but that is the way my life has turned.  He gave me the time and it was later than I thought.  I needed to buy groceries for dinner and get back to my mother's.  My day off.

I cooked.  We ate.  I'd had enough of "Naked and Afraid."  Usually, I don't say anything, but it was my day off.  My mother said I could watch whatever I wanted.  I put on a documentary.  "Disfarmer." Oh shit, was it good.  Not so much the documentary but the subject.  Google Disfarmer and look at the photos.  He was a loner, people said, an outsider.  People came to him for photographs.  He died in his studio surrounded by rats.  Nobody really knew him.

I watched another documentary about a photographer after that, but I will tell you about it later, if at all.  It, too, was wonderful.  Again, not the documentary but the subject.

My day off.  I took four photographs.  I liked three of them.  Not a bad percentage.  The Polaroids are expensive.  You can't just snap away with abandon.  You have to be reasonably sure.  It is a good way to work.  I like that.  It was the first day in a while that I didn't feel some incurable hollowness and disappointment.  I was almost refreshed.

Almost.
Posted by cafe selavy at 8:17 AM