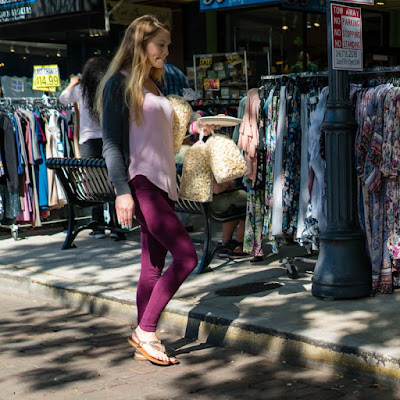 I have gotten myself all in a tizzy, as the old folks used to say, because I am meeting the factory's new CEO today.  She has just come aboard and is making her first rounds.  I had thought not to embarrass my bosses  by dressing like they do, cheap versions of Trump personal.  Then I thought to tone it down, to be a little more hipster.  I bought a couple skinny silk knit ties.  I put them on and thought I looked like someone trying too hard.  I have changed my mind again, and now I have decided to wear jeans and a white shirt with a pale linen jacket and buttery leather slip ons.  There is no use in not being true to yourself.

That is sort of what I thought at three in the morning.  This morning.  I woke up in a heart thumping panic, dry mouthed, head pounding.  Was it the liquor?  I remembered that I had not drunk much water yesterday.  Was it stress?  It did not have to be exclusive.  All of these could contribute.  I got up and visited the bathroom and then got a drink of water and went back to the bed.  And when I lay down, I remember thinking, "The worst lies are the ones you tell yourself."

I tried to think of the lies I have been whispering into my own ear.  As we all know, it is difficult to live with the truth.  The truth for me might become unbearable.

But I have friends to keep me down.  It is true.  I think they enjoy watching my trajectory and theirs.  As someone said of Hemingway, they are always ready to give me a hand down the ladder.  And they are ready to revise my history, too.

I was at the Cafe Strange for a single beer yesterday.  I had to decide between trying to exercise or a drink.  I didn't have long.  The beer won.  It was nice in the cafe late in the afternoon as the day was lovely and the place was full of my favorite things. 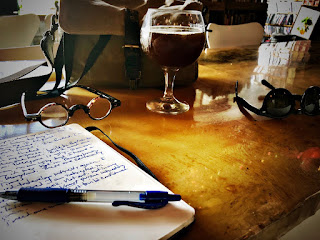 My favorite things, though, don't pay as much attention to me now.  One friend told me they never did.  Another told me they would if I had lots of money.  That might be true for other than the obvious reason.  I mean, I would I would certainly be better looking with more money, and my confidence surely wouldn't have shattered like precious glass.  The wealthy don't grow old, do they?  I'm kidding.  I saw my girl Paris Hilton on t.v. the other day.  It was shocking.  She didn't seem as confident, either.  But at least with money I might afford unlimited travel, and as everyone knows, travel and romance go hand in hand.  "I don't regret a day or a dollar," wrote one friend.  He has spent a lot of his money on travel.

I probably need that as much as anything, but I have become homebound and frightened.  It has been a long time since I've gone anywhere outside my zip code.  I could be closing in on a year.  Soon, I will be like everyone else who stays home and watches the news.

But today's concerns first.  Roll the dice and see what comes up.  I'll know within a second what the CEO thinks.  I am pretty good at reading eyes.
Posted by cafe selavy at 8:22 AM