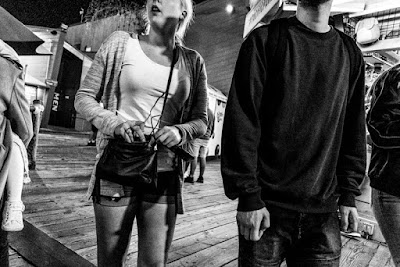 I'm not whole, but I long to be.  I am uneasy with how long this is taking.  It is worse at night when I wake in the dark and begin to think.  I dream of climbing mountains.  I dream of surfing.  I dream of driving down the Baja highway and eating fish tacos and drinking beer in the early 1960's.

Then I try to turn over, and I can't.

Throw onto that some other traumas and the despair is overwhelming.  Throw a drowning man an anchor.

But one knows that one's problems are his own and that telling others about it when they can do nothing but sympathize is a sure way to lose friends.  And so you say, "I'm fine.  I'm good."

"You're tough," they say, and it makes them feel better to think so.  They can let it go.

I don't blame them.  I am the same way.  It is frustrating not to be able to help.

I got a call yesterday from an old colleague to tell me that another old colleague had died.  He was 80.  I hadn't seen him for about eight years.  He was an odd one which makes his memory very vivid. I don't think I can go to his funeral.  It won't be much of an affair.  The funeral will be as sad as his death.

I do feel better, I think.  Either that or I am simply adjusting to some things.  I have an appointment with a should doc on Wednesday to see which way we go.  I am very anxious about this visit.

I wait to see which way this story goes.
Posted by cafe selavy at 7:39 AM