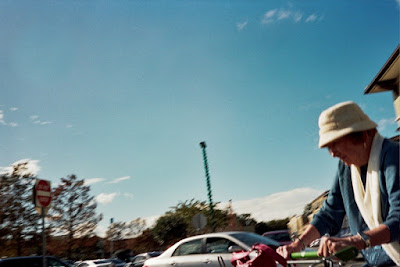 I have this beautiful Saturday all to myself, and all I can stand to do is lie upon the couch and dream.  Not all.  I did my shoulder exercises this morning and then went to the gym to work out my legs.  I asked my therapist if my shoulder was stable enough for me to jog on a treadmill.  He scrunched up his forehead and thought for awhile.  "You should only go slow, really slow, and only for twenty to thirty seconds.  Then walk for a couple minutes and do it again."  Well, that was something, anyway.  So I went to the gym to try it.  I've been walking for forty minutes or so on an incline, and after doing that yesterday and then doing seven minutes on the stair stepper so that my heart was coming through my chest, I was sore this morning.  I planned on trying to run just a bit before getting onto an elliptical machine and then the stair stepper again, followed up with a leg press machine for three sets.  Not heavy, but a lot of reps.

When I turned the speed up on the treadmill and started to trot, my ribs felt like--I don't know what to compare it to.  They didn't like it.  So I did it again.  And then again, running more seconds each time.  I did that for a mile, then did the rest.

I can't move.  I am tired.  All I've done after washing some laundry and showering is doze on the couch. I think about getting up and think again.  I should just enjoy the rest, but the sky is blue and the air is gentle outside and I feel a real guilt for wasting the day.

Wasting the day?  What is it that I should do?  I am content to be lazy.  It is only that "being lazy" is what I've done for months now.  But I did some things today that I've not done since being run over by a truck.  I will motivate, I tell myself.  I will go to the grocery store.  That will be a tremendous feat.  I will.  Soon.

I watched "American Dream/American Nightmare" last night on Showtime.  It is a documentary about Suge Knight, the music mogul.  I watched it with Ili who took the whole thing differently than I, though both of us enjoyed the show immensely.  She has read a book recently about judicial unfairness to African Americans and is on a wave.  I don't love black people any more than I love white people.  I have black friends.  They are not my friends because they are black, they are just my friends.  I don't have many--friends, that is--maybe because I was an only child.  I am used to entertaining myself.  But I saw Suge in the same way I view Trump.  His success was all about power and money.  He was brutal to those who stood in his way.  He was without remorse.  It is the history of things.  I'm not one to wave the flag of right and wrong.  I've never seen anyone with the tablets, never heard from the burning bush.  Right and wrong change over time.  If you don't believe it, watch sitcoms from fifteen years ago.  They are shocking in their racism and misogyny if you believe we have gotten things right finally.  It was o.k. to laugh at people being gay.  It was o.k. to like the Founding Fathers, old Popes, etc.  Nope.  As far as I can tell, there has never been right or wrong, just social conventions shaped by those in power.

For me, Old Suge was a lyrical gangster, a poetic son of a bitch who, as he said, didn't start at second or third base to make it home.  He had to run all the bases.  And he did.  But he wasn't a good guy.  He was a fellow who lived half his life in the back of the paddy wagon.  He wasn't innocent of much and he liked his women sucking on his fingers and toes and wearing nothing.  I'm not saying he was wrong, but you might.  To turn him into some kind of Compton Christ is beyond me.

But goddamn, he was impressive.  And I really liked the documentary.

And I don't even like the music.  The little white boys at Country Club College sure do.  They're all badass gangstas if you listen to them drive.  Old Suge surely made some money off of them.  Kinda pumps 'em up, makes 'em feel wild and manly.

Of course, Suge ends up in prison and Trump becomes President, and therein lies Ili's tale (if I'm to tell it).  Yea, the dice are loaded, the cards are marked, and privilege is for the privileged.  Even Snuffy Smith can tell you that.  Or L'il Abner.

It's why we have religion.
Posted by cafe selavy at 4:47 PM