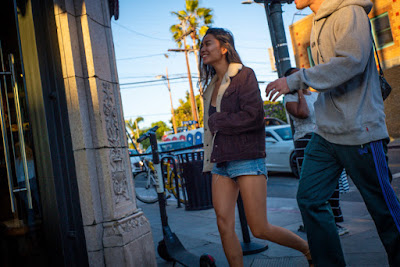 I have to get better.  I've realized you can't make street photography at home.  Huh.

But I did take some film to the lab, three rolls that have been sitting in my old plastic cameras, the Diana and the Helga, for many, many years.  One roll confused the fellow who would be processing it.  He was young and had never seen the film before.  It is a black and white film that used the color processing C-41, an old Ilford film.  They haven't made it for many years and he was young.  Fun.

Other than that, there is nothing to report.

I asked Q tonight if he thought Van Morrison knew forty years or so ago that he was making music that would sound so good now?  Did he know that none of his peers would be able to hold a candle?

In response, Q sent me some of Morrison's good music.  I am going to go to Vimeo and see what they have of his now.