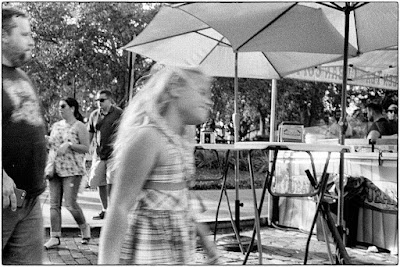 Tragedy strikes again.  Not to me this time, but I've spent the weekend in the hospital with the victim.  Hence, no posts.

No matter.  The best story I have comes from a grocery run yesterday.  A boy in a man bun and tats was talking with the store's fish monger.  "Oh, well," he said, "every day is another day."

I don't know why I found that so terribly funny.

I've been feeling punky and sorry for myself lately.  Maybe it was being in the hospital again.  I've been bummed that I'll never be the same as I was, maybe never really have any piss and vinegar again.  I used to love the old piss and vinegar.  Lucky me, I had it a long time.

Oh, I should not forget to mention how badly the hospital doctors piss me off.  They are all 32 and look like a better version of Ryan Reynolds.  What happened?  Doctors are supposed to be nerds who spent all their time with books.  Not any more.  I thought I was in a t.v. show.  The fuckers all look like beautiful fighter pilots.

Maybe it is just like that on the weekends.   But man, I felt like the dwarf on "Game of Thrones."

I've cooked up a bunch of overlooked scans of film I took a year ago when I was still able to take pictures.  A bunch of black and white to come.
Posted by cafe selavy at 2:42 PM