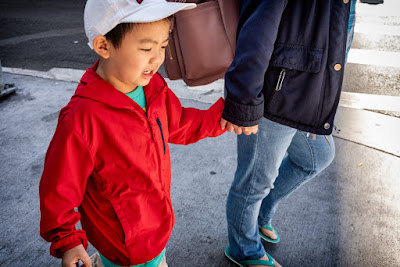 My secretary tells me there is a meme going around on social media about the coming storm that says it is like being stalked by a turtle.  It is torturous.

Normal people don't usually drink water.  Maybe three cans of soda a day, but not water.  Still, now that the media is telling people they need to be prepared, there is not a bottle of water on the shelves.  I've lived here my whole life and not once has the water from the faucet stopped running nor been contaminated by the storm.  And not once have I drunk from the water we stored in the bathtub.

We have taken some tap water and filled up some wine bottles and other containers nonetheless.

Yesterday, I stopped for gas.  That was a fiasco.  Hundreds of rednecks in pickup trucks were filling up millions of plastic five gallon containers.  I guess they all have generators.  I yelled at one big fucker before I realized that I am a cripple now.  Then I sat in line and waited.

We will all run out of gas before Dorian gets here.

There is a madness in the air.

I hate people who talk about having PTSD, but I have it.  When the sky goes gray and the leaves begin to dance, I get a sinking feeling.  In 1999, Hurricane Floyd was supposed to hit.  My wife flew out of town to work a trade show that morning, and I cleaned up the stuff in the yard that might blow away.  In doing so, I dropped a five foot wide, inch thick table top on my flip-flopped foot.  Went to the ER.  Damn near lost my big toe.  Crushed into pieces.

My wife never called.  When she came home, she said she wanted a divorce.

In 2004, Hurricane Charley brought down four five hundred foot tall oak trees on my garage apartment.  They went through the roof and ceiling.  I didn't have the apartment insured.  The contractor said it would cost $65,000 for repairs.  I hired my buddy to help me do the work, or rather, the other way around.  It took over a year to replace the roof, walls, and to redo the wooden floors.  I lost the rental income for that period of time, too.

This one looks to be catastrophic if you listen to the news.  I've stopped.  What can I do?  Whatever it was, it is too late now.

I need to get to the liquor store.

I would leave town, but I have to stay with my mother.  I just looked up flights to Detroit--$80 round trip nonstop!!!!  I could flee if not for her.

But now I have to go.  There is a drinking contest down the street I am supposed to attend.  The factory is closing.  Time to grab my lunch bucket and go.
Posted by cafe selavy at 4:23 PM