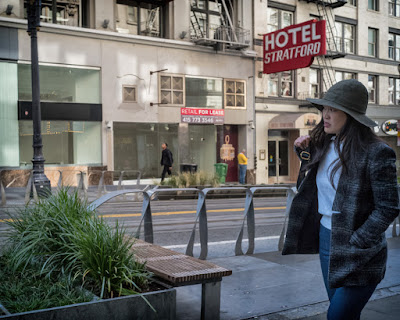 A gray sunrise is a surprise this morning as Dorian moves further off the coastline.  There is little wind and just a bit of rain, far from what was forecast.  A few miles makes a big difference.

But nerves have been jangled and frayed for over a week, and now people will have to live with the aftermath.  I mean, we've shit ourselves from the fear of a coming hurricane that didn't.  There is caution and there is shame.  It is justifiable, this pooping one's pants, but it isn't something one can be proud of.  We all grieve for The Bahamas, of course.  It could have been us.  And so the shitting is defendable, but it is still embarrassing.

But there are four more potential hurricanes lined up off the coast of Africa.  The hurricane season has only begun.

When I was in college oh so long ago, when I got my first undergraduate degree (in zoology), I was awakened to the dangers of global warming.  Alternative energy sources were taken seriously.  There was much research on engines that didn't burn fossil fuel, houses that used less energy.  This was during the Carter administration.  Then the republicans took over and all that was gone.  We pumped more oil, cut more forests, and partied like it was 1999.

One has to learn how to live in a hostile political environment.  I did it by going inward.

It doesn't seem to have helped.

And the young worry most about identity politics.

It's not just republicans, of course.  Identity politics is a baby of the left.  Per usual, we are watching the monkey fuck the donkey, a distraction that the right adores.

It looks like nothing is left of The Bahamas.  It is terrible.  No one can imagine what it was like to be there.  All that is left is the evidence.
Posted by cafe selavy at 7:14 AM