A Tale Too Large 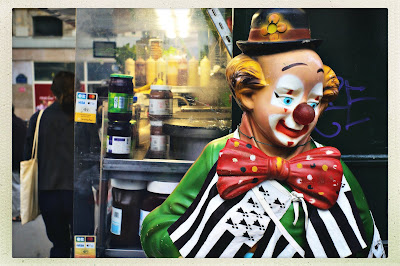 The tree people are still here.  And they will be next week, too.  Holy smokes!  I've not even asked how much this will cost.  Ili called them to do a few simple things, then I agreed with the owner to do more.  And more.  And more.

Well. . . the neighborhood will cheer.

So far, (semi) retirement has been gruesome.

I need to look back in the blog (farther than you can) to see what gym tales I have told.  There is a book's worth, but some come to mind more often than others.  There are some I am still too afraid to tell, for you see, these were hardened criminals, some convicted, others not.  And some were cops.  There is nothing less attractive to a citizen than a cop on 'roids.  But there were several at my gym, the only steroid gym in town at the time.  And the tales they would tell about the things that had happened the day or the night before, were. . . funny, I guess, if you were only on the listening side of things.  And there was perjury, too, in court, to keep other's out of trouble.  And for that crowd, it often paid huge dividends.

But just writing that scares me.  Can I ever tell those stories?

And there were professional wrestlers you would know, some of the most famous, and there were others who you wouldn't know unless you were from here but who were making a living at it in the smaller wrestling leagues.  Some of their stories are funny.  Some are tragic.  I don't know if I can tell those, either.

And then there were the bikers.  The gym was run by a biker of an infamous gang.  He and one of the founding members of the local chapter were two of the first members I met.  I'm afraid to tell their stories.

And there was the kid who was a male dancer then a gigolo and then a realtor who went to prison for a long time.  He is out now.  Boy. . . I am afraid to tell his story, too.

And then there was the fellow with the nazi tattoos all over his neck who was the first person in the state to be arrested for a hate crime.  He had friends.  Nope, don't think I can tell that one.

There were drug dealers who were convicted.  They didn't talk about prison much, but when they did, it was interesting.  Eventually, the owner of the gym went to prison.  I'm still afraid to tell for what.

The building housing the gym was owned by a famous gay man who was killed in a homosexual murder in San Francisco, but while he was alive, he provided avenues for many bodybuilders to make money.  There was much hustling.

And there was me, a hippie, the only person with long hair in the gym.  I was there every day.  I had my own key and rarely paid dues.  I could come and go as I please.

It could be a good tale to tell.  The spine would be the almost absent observer of the tale.  Was he bent by the things he observed, or was he one of them from the start?  In truth and not in fiction, I was the last person to ever train in that storied gym.  They were taking the equipment out around me.  It is a poetic ending to a story, don't you think?

Of course, the hard part is not telling that things happened.  That is easy.  The art of telling, though. . . that's another thing.  Turning life into art.  Who do I think I am?

Besides, I don't want to take the beating that is sure to come.