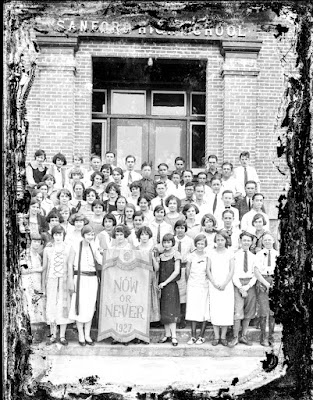 I was brought a box of old glass plates the other day and asked what they were.  You see, I'm "the photography guy."  The plates are in very bad shape, the emulsion corroding and peeling off the glass.  I brought them home to scan them, but my computer crapped out.  Last night, however,  I was able to download drivers to run the scanner on my new computer, so I got to see what these glass negatives looked like.

Wow.  They are from the 1920s.  Mostly they are class pictures, but some of them document the ravages of a downtown Jacksonville fire.  Sanford, Florida, was a rich city back then.  It was the last navigable port on the St. John's River.  The railroads ran to the port where goods were loaded onto ships to be taken north.  When the state began building highways, there was a political battle over which city would be the hub.  Orlando won, and Sanford eventually became a city out of time.

But what you see in these photos are the cream of the crop in Central Florida at the time.  I love the haircuts and the fancy dress. 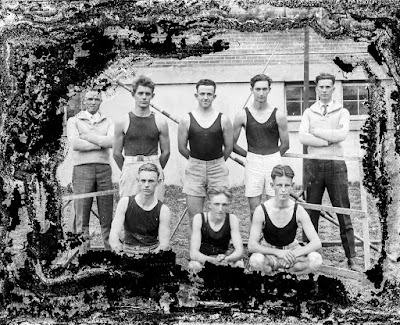 I have no idea what this team might have been.  Maybe basketball.  The jerseys are not all cut the same, but the hair is more so.  I don't know what the fence and bar structure is behind them.  At first I thought poll vault, but I don't think so.  Hell, they could be jugglers for all I know. 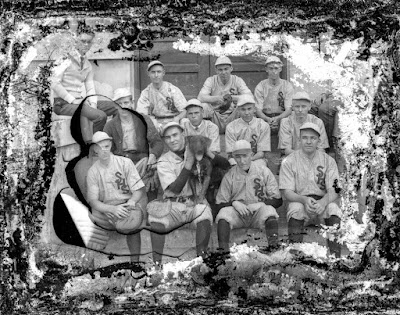 I know a baseball team when I see one, though.  They look like some real sluggers.

These kids would have been born at the turn of the 20th century.  All gone now.  The streets of Sanford, though, are much the same, the old houses having gone through major restoration in the last decade.  You can walk through town and still hear the voices of city fathers (i.e. Foghorn Leghorn) in ghostly echoes.

If only Faulkner had grown up there.

O.K.  For me now, one foot in front of the other.  I feel like I've been run over once again.  You have to trust me, it is much the same feeling.
Posted by cafe selavy at 7:33 AM