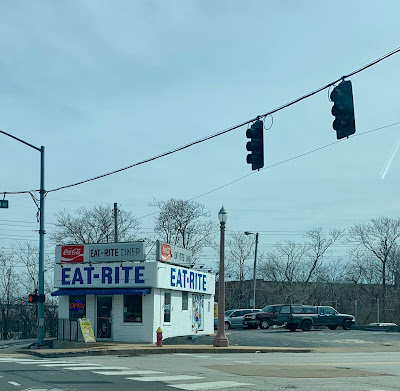 Photo from a Friend

My life needs an infusion, but I keep refusing.  Things that were fun just aren't anymore.  I can't muster a joi de vivre.  I've lost my mojo.  I look like a turd.  All I want to do is sleep.  Which I can do any time I want.  And now, two days in a row, I have, at nap time.  About which I should not complain.  But how long, oh lord, how long?

I have been invited by some friends from the factory to meet them for brunch on Sunday.  I would, but they are brunching in Grit City, and I have had to surrender that town to a certain ex.  She lives there now (where, I haven't a clue), and loves brunches.  It is a small town, and the place where they have chosen to brunch is the place to brunch in the small downtown of that city, so I have sent my regrets.  And regrets they are.  I need social contact badly.  All I have done for over a month is sit and contemplate in the most insipid way.  Alone.  And the brunch people are among my favorite people.  They, like me, are child-free.  They live interesting lives outside the lines.  They are educated and well-read.  You wouldn't know it to look at them, but they like the strange, too.

The photo above is from one of them. 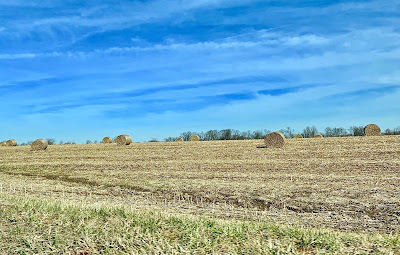 She is traveling at the moment.  She, like me, is an only child with an aging parent, and she went to visit him in the midwest this week.  She sends me the sort of photos she does in her travels because she knows my tastes.  She finds the oddest places I have ever seen.  She snaps images with her phone.    I get them at home and drool. 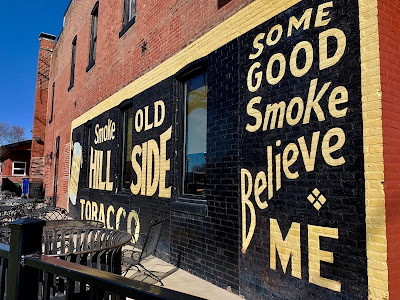 These are from the last couple of days.  What the fuck?  She works and I don't.  There she is out on the long blue highway of live while I sit at home watching my balls shrivel, a gutless idiot.

But, whoohooo!  I think I'll watch a movie tonight!  I heard an NPR review of "First Cow" (link) directed by Kelly Reichardt on my way back from the grocery store and looked her up.  I have seen none of her films, but many are available on Amazon Prime, so I may watch one tonight.  They are modest films with minimal plot and maximal atmosphere.  Sounds like my sort of thing.  But my friend-on-the-road asked me to watch "The Rider," so maybe. . . . Big plans for my evening now.  Choices.

The forecast for today was rain.  Rather, it was bright and sunny.  I lay by the pool a bit to get some color.  That and lunch and a nap were the highlights.

I'm O.K.  This is normal.  Two months on the couch.  I am halfway through the fifth week.  I'll either die there or decide to move.  Perhaps this weekend's time change will do something, though in almost every way it should have no effect on me.  I have no schedule.  I have no time.

So much for that.  I didn't watch a Kelly Reichardt film, nor did I watch "The Rider."  Rather, I watched some photo porn then rented a non-movie about the Carlyle Hotel in NYC.  A waste of time and money.  Horrible.  It could have been rich, but it wasn't.  I gave up on it and went to bed.  Woke up two hours later, took a pill, then tossed all night long.  Perhaps it was the nap the kept me awake.  It couldn't have been the combination of peanut butter chocolate ice cream that I drove out to get after dinner, and the scotch.  Nope.  It must have been the nap.

I read an article this morning on "deaths of despair" in America (link).  We are only granted the right of the pursuit of happiness, not happiness itself, I guess.  Yet some of the things that I would pursue to make me happy are illegal.  Many.  Maybe most.  I don't think the founding fathers were thinking clearly there.  Let's have a contest to see who can guess most accurately my top, oh, let's say three, illegal pursuits to happiness.  I know almost everyone will guess the first one, but then it gets more difficult.

But according to the article, education is one factor that will keep you from dying of despair.  It might be true.  I am highly educated, and so far I have lived in despair rather than die from it.  That might just be the difference.  Of course education is tied to other factors including wealth.  Health care, the article points out, is a major stressor.  Who can afford it?  Only the wealthy.  This from an article yesterday in the N.Y. Times:


The well-heeled who wish for round-the-clock access to doctors, expedited appointments with specialists and members-only hospital amenities are turning to concierge medical services. One New York provider, Sollis Health, offers family memberships for about $8,000 a year, with facilities — basically, V.I.P. emergency rooms — on the Upper East Side of Manhattan (where a Chuck Close original hangs in the lobby), TriBeCa and, in summer, a house call service in the Hamptons.


But even Bourdain died a "death of despair."  As my Russian beautician told me last time I was there, "You can cry in a Mercedes, too."  I like that.  For many, this blog is like crying in a Mercedes.

Like most of you, though, I fear a "death of despair."  I've always thought of it as the curse of the thinking class, but I guess, as the article points out, there are unthinking ways to despair as well.

Enough of that talk, though, or they'll have to use the leeches as old HST use to jibe.

One last note.  I bought two HUGE bags of cat food even though I don't have a cat.  They were BOGO.  Neither of the cats, however, have been here for three days.  If you have cats that you want to get rid of, I recommend buying the big BOGO bags.  It seems to work.
Posted by cafe selavy at 7:33 AM