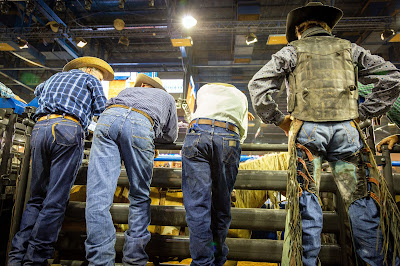 Patagonia clothing company used to make a pair of BBC shorts.  I got them, of course.  If I remember correctly, there was a reference to Australia in the description.  Big Balls in Cowtown.  I should have a pair today.  I just fixed my mother's 20+ year old dryer.  If you'll recall, when I told her I'd see about changing the belt, she laughed and laughed and laughed.  I reminded her of that after the job was done some two hours and ten YouTube videos later.  She said it tickled her so.

I remember now why I hate doing that shit, though.  For a lot of guys, it's fun like playing with toys.  I wish I felt more like that, but it seems like pissing away life to me.  Still, I saved my mother a bunch of money, and as I've said, without a working income, I need to do a lot of that.

Don't read any further if you are happy after reading that.  I wrote the rest this morning, and after reading the papers, my mood took a dark turn.  I, like the people I might complain about, have taken to editorializing.  So go back. . . turn away, if the music made you chuckle and you want to stay chipper.  Seriously.  The rest of this is merde.

After fixing her dryer, I came home, made dinner, and watched a movie and a documentary.  I wouldn't recommend either of them.  They shall remain nameless.

Fear and Loathing.  Thompson knew.  I would like to see how he would have handled social media.    Ivanka Trump's graduation speech was taken down, I read, and she blames the cancel culture.  J.K. Rowlings wrote a piece about menstruating women and the pandemic and got blowback from there transgendered to which she responded:

“If sex isn’t real, there’s no same-sex attraction,” she wrote on Twitter. “If sex isn’t real, the lived reality of women globally is erased. I know and love trans people, but erasing the concept of sex removes the ability of many to meaningfully discuss their lives. It isn’t hate to speak the truth.”

There's that word again--"Truth."  Ah, yes, we all have our truths.  That is what many mistakenly call their opinions.  We live in a time when "truths" violently collide.  We might do well, however, to look at facts.  Species diversity is shrinking at an alarming rate.  We will lose over 500 species in the next two years.  Microplastics, mostly from polyester clothing, is filling and killing the oceans.  It is recommended you no longer ingest sea salt due to plastics.  The current coronavirus is just one of the predicted pandemics arising from habitat destruction.  These are, however, apparently difficult concepts for the majority of people to comprehend.  Opinions based on "truths" are much easier for most people than conclusions based on facts.

I haven't watched the news for days now.  I don't know if I will again.  The same media that condemned opening states for business don't have the same ideas when it comes to 10,000 people protests.  There is weak worry, but not condemnation nor vilification.  I don't see as much pandemic data on television now.

Obviously, the news must also chase the dollar.

I read a survey of over 500 epidemiologists in the Times today querying when they would return to specific activities.  They are not rushing out to get haircuts or eat in restaurants.  They are not going back to crowded offices any time soon.  They plan to continue wearing masks.  So I'll probably continue sitting in my darkened room alone watching movies and documentaries for awhile while Rome burns outside.

Of course, it will be a better world when I return.
Posted by cafe selavy at 8:28 AM