A Productive Morning. A Fanciful Night. 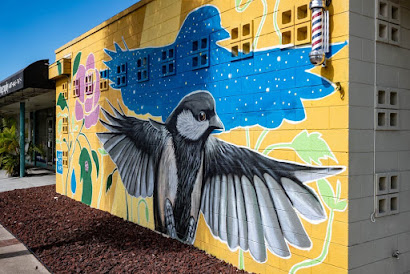 I am not myself this morning.  Last night, I nibbled on a brownie that a friend had given me.  Just the tiniest of nibbles, for I know how that stuff affects me.  I did it before dinner, and of course, it didn't hit me until well after.  I was sitting on the couch when it began to hit my head.  I would have preferred something more body oriented instead, but this was just a head thing.

So I sat back on the leather couch to watch some t.v.  Unfortunately, I watched seven episodes of the new "Perry Mason" in three nights and there was only the season's finale left, but I would have to wait until week's end for its release.  What then?  YouTube.  Cameras.  Medium format digital cameras.  I've decided that I want a Hasselblad, but there are two models, each compelling.  One is simply a beautiful and wonderful camera.  The other is unique and has a digital back that will fit on any film Hasselblad camera, but on its own it is gorgeous.  They are expensive.  And the lenses are more so.  I watched videos that compared them to the Fujis, then I watched videos about them alone.  I watched Hasselblad's ads about them.  They are too expensive.  They lack many modern functions I would want.

I decided that I should get both of them.

That is what I decided after eating another bite of brownie before I took myself to bed.  All night long, it was me and those Hassies.  They were great.  I had them both.  Everything was trippy.

This morning, I am sluggish.  I don't know how people who are habituated to brownies function.  I feel like Brad Pitt in "True Romance."  Feel. . . not look.

I've decided to see if I can find one to rent for a couple days to try out.  The camera, not the brownie. Maybe that will dissuade me from making a purchase.  Or maybe it will inform me.  Either way, that is the plan.

Or, I might eat another brownie and just order one.  Or both.

Before the brownie fiasco, though, I had a pretty productive day.  I got up, read, wrote, prepared the house for the wrecking crew, then exercised.  I was showered and out of the house by eleven as that is when the maids were coming.  I had cleaned my car out of excesses, too, and so I headed to the car wash to have my newly repaired auto cleaned.  I stepped up a notch to the hot carnauba wax.  Carnauba is the wax hardener I use in my encaustic pieces, so I have an affiliation.

After the car cleaning, I went to the photo store and dropped off some film for developing, then went to the bank to deposit a check.  I went through the drive-through, of course, and it was thrilling to be able to let my driver's side window down rather than pulling forward and opening the door a crack like the hillbilly I have been.  Oh, yes, I was proud as punch, as Hubert Humphrey used to proclaim. . . proud as punch.

Then it was off to do some much needed marketing.  The grocery store was fairly empty, and I followed the arrows as I made my way up and down the aisles.  Every aisle.  I was feeling almost normal.

When I got home, the maids were gone and the house was sparkling.  A clean house and a clean car at one and the same time.  I felt it a golden moment.

After I put the groceries away, I ate the three pieces of fried chicken I had bought at the grocery deli.  Don't judge me!  I hadn't had such fare in many, many months.  I wolfed them down.  And then. . . I fairly wished I hadn't.  To settle my stomach, I ate some jellied candies I had bought, too.

I lay down for a minute and an hour later, I got up.

I read an article in the current issue of Vanity Fair about Ghislain Maxwell.  She's in trouble for "grooming."  I was interested in what that means.  It seems an indeterminable term to me.  Apparently it means befriending with intent.  Oooo. . . she's in trouble now.

When that was done, all that was left was to go over and visit with my mother and watch the afternoon storm roll in.

And now you are caught up.

I keep trying to photograph an old fashioned barber shop, but they are all modernized now.  What the hell does that bird have to do with a haircut?  Still, it is cool.  Murals like these have been popping up all over town for a couple years.  The city sanctifies them.  I guess it is supposed to placate the graffiti gangstas.  I don't really know.

The sun will shine for the next couple hours.  So they say.  I should get some cameras ready and go take more pictures of emptiness and nothing.  I am getting better at it, or at least I have more theories and philosophies around how to do it.  Lately I've realized that I should photograph the space around the object and not the object itself.  If that makes sense.

I should go now and give it a try.