From Brighton Beach to the Hollers 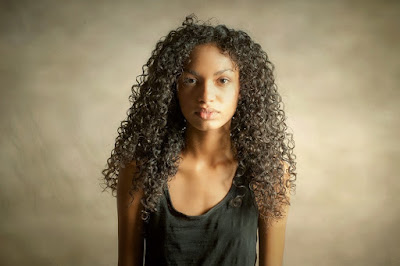 Yesterday was unusually busy for a Covid lockdown retiree.  I had to read the Trumpian news and write my piece, of course, then straighten the house and wash the sheets for the arrival of the Wrecking Crew.  I hurried to the gym in order to get back in time to shower and head off to my beauty appointment.  I just had time to stop at Sprouts and have a delicious turkey wrap made and pressed and cut for me which I ate in the parking lot in my car.

I made it to the beauty salon just on time; thus began the half-day ordeal.

It was like Brighton Beach.  The salon is co-owned by my beautician and her family and some other Russians.  Everyone in the salon, both employees and customers, were Russian.  There was a new Russian girl there, a beautiful blonde Russian stereotype with a blank, perhaps ruthless stare.  When she gazed my way for a brief moment, however, I could feel her resolve waiver.  What chance does a beautiful Russian woman have in conquering a shy American boy?  I was certain she was experiencing emotions that were hitherto unknown.  I could see confusion creep into her gorgeous blue eyes.

The beautiful blonde was new to America.  She was working in the salon as an "eyelash technician."  This was a new profession to me.  I didn't know there were people who worked on your eyelashes for a living.  I was wondering just then about my own.

My beautician loves me in that peculiar Russian way, but at a discount.  She doesn't charge me what she charges others.  We've been together over twenty years, I think, and we know much about one another's lives.  She worries about my being alone without a girl of my own.  Thusly. . . .

"Katya.  I want you to meet my friend.  He's a photographer."

My balls drew up.

My beautician said something else, and I think I mumbled or grunted.

And that was it.

When the Russian doll had walked away, I looked up and said, "I think that went well."  We both laughed. When the Russian left, she said, "Goodbye, it was nice to meet you."  I watched her through the plate glass window get into a brand new Lexus SUV.

"She's shy," my beautician said.  "She hasn't been here long and she doesn't know much English."

"She does alright for an eyelash attendant.  She drives a new Lexus."

"A guy bought that for her."

"Russian women want things.  But she is a beautiful woman inside and out.  You have good taste."

Hours later, I was even blonder than before.  "I'm going to look like Dawg the Bounty Hunter soon," I giggled.  I may be riding a fast train in the wrong direction, I thought, but I really didn't have anyplace I had to go.

After the beauty shop, I stopped by mother's for what they call "a spell."  I hadn't been over in days.  My cousin had had enough of Florida and headed back home early, so my in state cousin with whom she was staying called my mother and dished on her.  Oh, she has so many anger issues, she told my mother.  She wants to get a trailer and move here, just leave her husband, she reported.

"She wants me to find her a sugar daddy."

Oh, stories of the riotous ways of my mother's hillbilly relatives bring me great joy.  Just when I think my life has gone into the shitter, reports from the farm give me a little boost.  I don't know why, though.  Through hook and crook, they always seem to do better than I.  Other people's lives are always a mystery to me.

It was a good choice.  The spring rolls and coconut soup and yellow curry with chicken really hit the spot. Just after the last bite, sitting on the couch before the t.v news, I fell dead asleep.  My body was tingling with some unnatural fatigue.  I stayed upright against the cushions.  I knew I was sleeping, but I couldn't move.  I was like that for hours.

Turns out, there is a series of them.  I was back in the hillbilly hollers of my youth.  Hillbilly truth.  I have been running hard and long, but there are some things you just can't shake.

A little drunk and very sleepy, I went to the computer and sent links around to many of my friends.  I do that kind of shit sometimes.  By then, it was eleven, later than I had thought to stay up.  It had been a long day, as I said, for a lockdown retiree.  I went to bed wondering why I wasn't the one making those interviews.

Not really.  I was thinking about the blonde.