Locked in the Arms 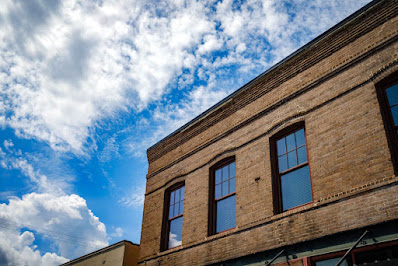 Trump was in Grit City tonight, but I am not sad I didn't go.  I saw the crowd on television.  The odds of getting Covid were not worth the couple of pictures I might have gotten that other photogs could have as well.  No, I was better off watching it on t.v.
I'm sorry to say this.  I really am.  But Hillary was absolutely right.  "Those people" are truly deplorable.  If I had the energy, I would make a picture of a Neanderthal in a Trump hat.  Face it.  That is what it is.  Neanderthals and the one percenters who are making money off their votes.  I have a very clever and dear friend who is a Trumper.  He would never go to one of Trump's supporter's houses for any reason other than to sell them Amway.  But he doesn't have to.  He does better than that by far.  What matters to him is Wall Street.  As long as he and his buddies can drink expensive scotch and go to exclusive clubs, everything is fine.  They laugh about the Redneck Revolution as long as it serves them.
I would take a flamethrower to them all.
Speaking of Trumpers. . . well, let's not speak ill of the dead.  Still. . . Emily's parents were VERY conservative. 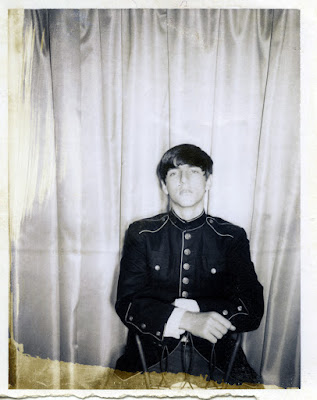 I don't understand it.  Her parents didn't like her seeing me.  But everyone said I was a sweet boy. They thought my hair was radical.  I admit. . . I was part of a hoodlum crowd, but I was never a hoodlum myself.  Not much, anyway, beyond a certain personal hoodlumism.  I did smoke cigarettes, and I did drink, but not so much.  And I did very early some of the drugs my hoodlum friends did often.  But I was always the first one home on a crazy weekend.  I preferred my own company to the company of others.  At parties, I was always the one sitting in the outer room away from the fray.  I was mopey, I must admit, an outsider at an early age.  It wasn't a conscious decision, I think, but only that the world around me scared me.  And I never trusted the adoration any more than the scorn.

Look at that kid.  He didn't know how to write, let alone what to write.  Emily. . . she was so profuse.  She could pen a beautiful eight page letters like a lover.  Where did it come from?  She was freer than I, wilder.  She was exploring the world without fear.  She was hellbent on gorging herself in possibilities.  She was a Juliet for Shakespeare.  She was, I am ashamed to say, much further advanced than I.

Did it serve her well is what I want to know, or did it turn around and bite her in the ass?  See?  This is the thing, the dominant question about which I wonder.  I want to know.  How did her beautiful wildness serve her?

She remains that wild budding flower in my memory.  But how does that story unfold.  I jump from the exposition to the denouement.  I need to know the conflict, the antagonist, the rising action of her life.  There is an arc, a curve.  I only know that she married a year or so out of High School, and divorced fifteen years later.  I know that she remained unmarried for another sixteen years, then married for another fifteen.  I romanticize the first marriage, perhaps, and villainize the second, but I have little data to go on.

There were no children.

The arc of her life. . .  I can never know, of course, and that is what haunts me.  A person's life should be knowable if not valorized.  Like Willy Loman, a person amounts to something and must be recognized.

I would practice alchemy if I thought it would work.  I would conjure and speak in tongues just to know.  I would change everything.

I stayed up too late last night.  Never turned the t.v. on.  I scanned letters, worked on old photos, listened to music, drank whiskey, sent texts, and then read for a while before passing out.  It was the old mania that got me.  It is all fun until you get your eye put out.

I dreamed all night.

I'm going to need release soon.  I'm locked in the arms of this madness.

I've watched this video about one hundred times now.  I can't begin to explain why.