Onanism and the Downward Slope 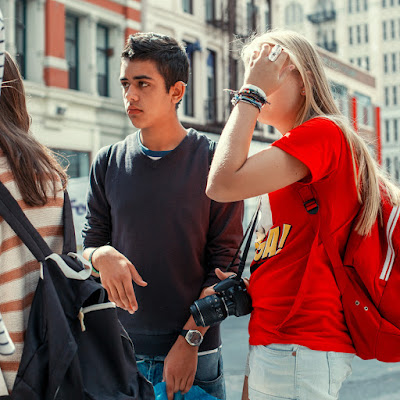 "Why do you keep writing this blog?" you ask.  No you don't.  I keep asking myself.  It is a form of onanism.  No, that's not the correct word. What's the word I'm looking for, the fancy one that means conversing with yourself?  Not a soliloquy, though that would be a nice one.  Perhaps this is a soliloquy.  But what is the philosophical term for Goethe's Werther?
My brain is gone.  I can't pull it out of the ether.
Sometimes I don't want to write the blog.  I have two of them, you know.  They are practically identical.  I've been thinking lately of letting one run daily and posting to the other bi-weekly in an edited and more literate way.  It could happen.  Or they could both become less than daily.  I don't know.  I guess I'm just a creature of habit, a Rain Man, if you will.  I'm routinized.  The crowd has thinned but the show must go on.  I'm like some vaudeville act running long past its life in some sad part of Coney Island.  I should be represented by Danny Rose.
What?  You want to know what I had for dinner.  It is very kind of you to ask.  Curiously, I made one of my best meals ever.  I'll share the recipe with you (link).  You should make it, too.  It was a bit of work for a solo dinner, but I Googled "how to peel ginger," and now I know.  I won't be cutting the tops of my knuckles off any longer.  I am anxious to make that dinner again so that I can riff a little on the recipe.
Still. . . it was dinner for one.  More and more, the walls seem to be closing in.
Last night, my college roommate and his wife wrote to ask me "where have you been?".  I wasn't sure how I wanted to answer that one.  I ended up recounting my own tales of sorrow to which they replied, and I paraphrase, "Buck up, Laddie, we're on the downward slope of life."
Well, now, easy for them to say holding hands through the pandemic.  Here, the refrigerator hummed.  The heater kicked in.  The walls popped as they expanded.  Then. . . just the continued humming of the fridge.
It must be the weather, surely, causing the broken side of my body to ache so viciously last night.  I lamented the accident.  I was positive for so long.  I thought I would bounce back.
The old "downward slope."  Internal conversations and paranoia.
I've been keeping the house clean, though, as I had promised myself I would.  I don't let anything lay around on a horizontal surface now.  No catch-alls.  And I clean the kitchen more thoroughly after preparing dinner.  I am more than an eighty-percenter now.  Probably close to ninety.
Ossian and Friedrich Schiller.  The term I'm looking for lies somewhere in there, I think.
Perhaps it is onanism after all.
Posted by cafe selavy at 8:41 AM