Not Right on a (Lone) Wolf Moon 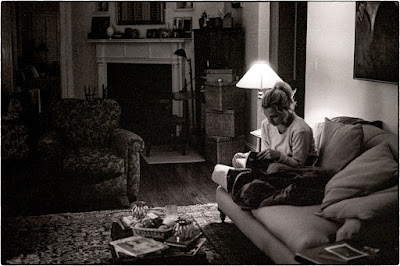 I have been at loose ends all day, unable to settle down.  Perhaps my anxiety was due to my appointment with the surgeon in the afternoon.  That is over and done, however, and my gyroscope is still not spinning rightly.  Perhaps it is the moon, I think, the (Lone) Wolf Moon which is full tonight.  Yes, maybe that is it.  Or maybe it is just everything.  Everything is certainly a lot and it is getting to be more than many are able to carry.

The appointment with the surgeon was a mixed bag.  He won't do surgery now, he said. There is too much inflammation.  He likes to explain to me what he learned in med school, how long it took, what you learn in your second year of a long residency, etc.  Oh, I need to have the surgery, but not now.  Maybe later.  He wouldn't touch it now.

O.K.  About that I am glad.  But the dermatologist had scared me with talk of sepsis and blood infections and possible death.  He put me on antibiotics for a good long while.  The surgeon is against the antibiotics.  Warm water, he says, and maybe some Epsom salts.  I almost suggested opium and honey, but I wasn't really in the mood.

And so. . . until another day.  It will be fine.  I'm the sort who would rather do nothing than do something anyway.  We will do nothing.

I am tired of doctors and of ailments.  I am tired of broken bathrooms and dead carcasses.  I want what that pervert Ryan Adams called an Easy Plateau.  Oh, yes.  I often cry now.  Why would old songs cause me anguish?  I cried at this today.

WTF, right?  All the world's sad and broken people.  All the pain and hardship and so much longing.  I've had too many of these nights, I think, once almost enjoyably melancholic, now despairingly desperate.  I am living too much within.

Hearts don't bend.  Some do twist, I think, so that they don't break.  But the heart that doesn't twist, that won't bend, is bound to beat and break.  There are many things to break a heart.  Sometimes it is too much life, sometimes not hardly enough at all.  But when the cold winter night rolls 'round your shoulders and the moon starts reaching for the sky, and there is nothing there to warm you. . . in the sorrowful wailing yaw of that sad song. . .