The Tale of the Blade 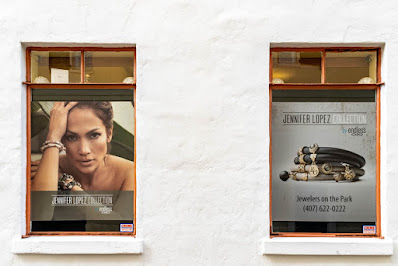 "I just got a beautiful bracelet.  It is part of the Jennifer Lopez collection."

I don't know.  It just sounds dumb.  I had a wife who liked buying David Yurman jewelry.  I went along, but it was a mystery to me.  You could walk down the Boulevard and see someone wearing the exact same bracelet as you.  What if you didn't like the person?  You needn't know them.  You just didn't like the way they looked.  But I know nothing of such things.  My last girl had super expensive watches and jewelry.  I liked it.  She would stop into a shop that sold the stuff to have them cleaned and we would be given champagne.  It is not that I don't like luxury.  I've never been able to afford any of it, so perhaps I am a lot of sour grapes.  But for the time I bought a brand new CJ7 which I drove the wheels off, I have always had old cars.  No girl ever liked me for my money.  I've always despised Rolex watches simply because of the people I knew who wore them.  If I had the money, I'd have preferred a Patek Phillipe anyway, something wafer thin.  But I have never liked wearing watches.  Men with jewelry, in general. . . you know.  It's like getting a gold grill to me, though I do have a gold crown on a molar.  The dentist convinced me it was best.

But I live in the town.

I made some big purchases of my own yesterday.  After taking my car to the car wash, I stopped at the liquor store and bought rum, vodka, and tequila, all of which I was out.  Then I went to the automotive parts store to get new wiper blades.  I had Googled how to change them the day before.  I didn't want to have to ask the clerk to change them for me.  It just isn't manly, you know.  And automotive parts stores are manly.  The clerks weren't even wearing masks.

He tapped the keys on the computer.

"The driver's side is twenty-four inches," he said.  "The passenger side is eighteen."

O.K.  What the fuck.  We stood there looking at one another for a moment.

He motioned to the middle of the store.  I walked in that direction and came to a stand with wiper blades.  Lots of them.  Many brands.  O.K.  I was feeling stupid.

"You need a twenty-four inch and an eighteen inch."

"It doesn't matter which brand?  They are all the same?"

"They are arranged from most to least expensive."

"O.K., dude. . . give me a suggestion.  I'm not up on my wiper blade performance test standards just now."

He rang them up.  Thirty-six bucks.  WTF?

The thing is, you don't buy just a blade any more.  You buy a whole "thing."  I don't know what to call it.  I guess I haven't bought wiper blades for many years (which is telling), but you used to buy just the blade and it slipped into a metal holder.  The thing you buy now is the blade AND the huge plastic "thing" that holds it.  It all attaches to the arm.  It is a scam like everything else, I think, some conspiracy between auto makers and wiper blade manufacturers.  There is no other explanation.

When I got to my mother's, I got out of the car proudly displaying the blades.  She had been all over me to get new ones for some time.

Now to test my skills.  I pulled the wiper arm out and pulled the blade back just as I saw in the video, and I pushed the little plastic thing.  No, maybe you pulled it.  Whatever I did, the wiper blade didn't move.

My hands were blackened with dirt and rubber.  Finally, something came loose.  I pulled hard and the blade came off the arm. . . sort of.  It was no longer correctly attached, anyway.  I was getting that panic thing going, twisting the blade and grunting sure that I would break the arm and have to get everything replaced at the mechanic's shop.  Eventually, however, I got it free.  I opened the new blade package.  Well, I even struggled with that.  And when I pulled the blade out, pieces fell to the ground.

I looked at my mother.

They were attachments, it seemed, that allowed you to connect the blades to different cars, I guessed.  I opened up the sheet of instructions.  H-O-:L-Y F-U-C-K!  Was this a joke?  Is this the reason the guy at the store told me to buy this brand?  Was he just fucking with the little girly pussy boy who didn't know about wiper blades?

I picked up the pieces and put them in the car seat.  If I was lucky, I wouldn't need them.  I took the new wiper and slipped the little hook of the wiper arm through it.  It went on, but there was no "click."  I looked at it.  It seemed o.k.  I went to the passenger's side and did the same.  I had no idea if they were on correctly.  I pictured myself driving down the highway in the rain, turning on the wipers, and the blades just flying off into the night like a Laurel and Hardy movie scene.  Whatever.

"What are you going to do with all those parts?"

"I'll keep them in the car in case I need them," I said.  That seemed prudent.

"Listen, I'll fix your toilet tank as soon as I'm feeling better," I said.  Her toilet tank leaks from the bottom when she flushes it.  I Googled it.  I can fix it, I think.  I need to replace the two bolts and gaskets that connect the reservoir to the toilet.  It looks easy enough.  It won't be.  But it would be a stupid expense to call out a plumber for that.  That is what I think now, at least.  When I fuck it all up, I'll change my mind.  But you know. . . I fixed the dryer, right?  I can do it.  I can do it.

I'm such a little pussy.  I should buy some bracelets from the Jennifer Lopez Collection.  I should get a clear polish manicure.  I could do it.  I am not afraid of such things.

But if I had the money, I wouldn't be changing my own wiper blades, that's for sure.