I'll Be a Genius 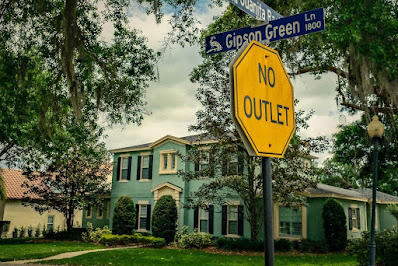 "Something bad has happened in the world.  You know we are heading toward something terrible.  People are angry and acting out.  Nations are at odds.  I'm just staying home until it blows."

I wanted to tell him, "Yea, I'll tell you what happened.  We quit telling idiots they were idiots.  We told them they had good ideas, too."  But I didn't.  I just wrote in my notebook--Johnny was big and strong, but he was dumb.  He had a mean streak, though, so it didn't reveal itself to him as it might have.  People gave him a lot of leeway.  His parents put him into martial arts classes when he was young thinking it might help him.  It did.  Now, as a man, he could hurt you quickly and badly, and he knew it.  It showed in his dumb eyes.  His only reaction to things that confused him was to attack.  He had joined a militia group where he was revered.  He hated anyone who thought they were smart, who could quote facts and figures. He had learned that anyone could make up anything, that there were studies that proved whatever you wanted to prove, that science was contradictory.  Fuck them.  He knew what was right and what was wrong and he could fuck up anyone who didn't see it the proper way.

After that, I wrote--Fucking liberals!

Of course, we could blame plastics and other chemicals, but a constant diet of superhero movies and Rambo could be blamed as well.  And then there are the Koch Brothers.  I could go on, but you have your own list.

And the Woke are tools of both ends of the spectrum.  They serve many masters.

I watched two documentaries on people who have tried to escape society when I got home from my short trip the other night.  One was about the Van Life people.  Oh, it was a hippie idyll.  Nature, freedom, friendships.  Social media now helps them hook up in great numbers for weekends where they create instant communes, play guitars, swim naked, share food, and form "the bonds of a lifetime."  The other was about people who live underground in the old subway tunnels of NYC.  It turns out that the old myth is true.  There are underground people who cannot cope with society any longer.  Very strange and very weird.

I can't remember the name of either doc, so I can't tell you.  But it was a weird combo to watch after coming back from an awful trip to the city.  One way or another, though, people want an escape.  For those who can't, there are therapists, life coaches, meds, etc.  Fear and anger are prevalent, and therapists are making a killing.

Meanwhile, each tribe demonizes the other.

I wish I had made a lot more money.  I'd pull a Ted Turner and buy up what parts he hasn't in New Mexico and shield myself from the congested world.

I am turning toward a more insular art.  I've lost much of my interest in people.

And I've discovered something about writing, too.  Perhaps I can show you sometime if it works out for me.  If not, I'll just tell you.  Either way, I'll be a genius.