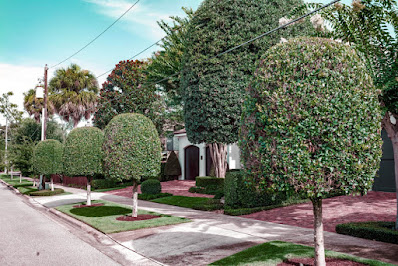 O.K.  I'm about to go on a rampage rant about the state of health care in the U.S.  Nobody wants to hear it.  Everybody knows it.  And yet, every time you are subjected to it, you just want to do bad things to those who have created the mess.  All of them.  You know, the ones who don't need to suffer like the hoi-poloi.

I called the orthopedist's office yesterday.  The one the ER said to call.  Each time I called, I got a recording.  Leave your name and number.  So, the office is understaffed and cannot answer the phone? Sure.  Why?  Because doctors have been forced to give up and give in.  They are all paid employees of the big medical corporation.  They can't be both a doctor and a business manager any longer.  Too many forms.  Too many regulations.  Who caused this?  The Industrial/Government cabal.  Oh, yes. . . insurance companies determine who gets elected and who they appoint.

Nobody calls back.  I keep calling.  Finally, in the early afternoon, I get a person.  Not the right person, of course.  She takes my information and says somebody will call me back.  And sure enough, hours later, somebody does.  I get an appointment set up.  For Friday.  One week after my mother has broken her shoulder.  She worries, of course.  Her arm is black and blue and green and three times the size of the other one.

But the lady on the phone can only make the appointment.  Somebody else will have to deal with the prescription meds.  Government regulations say that ER docs can only give 3 days worth of meds.  Why?  Oh, you know.  They have been in the practice before people with better education curbed their activities of providing a lifetime supply of heroin to the broken population.

I still haven't been able to talk to anyone about the meds.

It turns out my mother is seeing the same doctor who put the metal plates and screws into her other shoulder three years ago.  Back then, the practice had a serious name.  But the corporation has rebranded it now.

Really?  WTF?  It is like going to a surgeon and finding out he works at "The Cutting Room."  No.  I can't stand it.

That and fixing meals and cleaning up and trying to keep my mother happy. . . .  Oy!

I did take a little break yesterday.  I met with my replacement at the factory at my house.  I had gone to feed the feral cat.  Her bowl already had food of a different color.  My neighbor is helping out.

My replacement has chickens, and he brought over a dozen farm fresh eggs and some delicious oatmeal cookies with all sorts of yummy fruit inside.  And an expensive bottle of scotch.  And we hurt that shit, talked things over.  By the time I got back to my mother's house to make dinner, she had already eaten something.  A neighbor had come over to see her.  I had chatted too long.  I was a bad caretaker.

Tonight, a neighbor is making us dinner.  Fried chicken and cornbread and what all.  My mother has great neighbors.  By and large, anyway.

I made myself a sandwich for dinner and had more scotch.  Mom finally finished watching her chosen shows which are all old and on what might be called the Medicare Chanel (they have about seventeen minutes of commercials targeting the aged in a half hour show), and so we turned on commercial free t.v.

I stayed up until midnight.  I hate that I did that.  I am an early to bed guy.  I feel like poop this morning.

O.K.  I'll try to talk about something else tomorrow.  But I'm glad we got to have this chat.