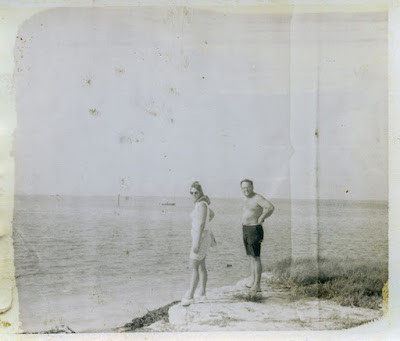 Sometimes people want to know what Florida looked like before Disney.  There were cities, of course, like Jacksonville, Tampa, and Miami, Miami being most populous with 275,000 citizens.  Between 1950 and 1960, Florida's population doubled.  In 1960, there were still only five million people in the entire state.

Outside the cities, though, Florida looked much like this.  It was largely wilderness landscape, and going into it was what you did.  Florida is mostly water.  When you fly over the state, you can see that.  From mid-state southward, there are just islands of land surrounded by water.  Some people hunted, but almost everybody fished.  People fished lakes and streams and rivers and canals.  People fished from bridges and beaches.  People fished from boats.  Home freezers were full of fish.  Community events most often included fish fries.  Fried fish was delicious.  Until I was an adult, I didn't know you could eat it any other way.  My father bought crab traps, large metal contraptions with four doors that fell open when the trap hit the ocean bottom.  You tied a piece of chicken in the center of it and waited awhile.  When you pulled it up, you had crabs.  We had a cast net for catching bait, a large webbing with weights woven into its perimeter.  Throwing it required a certain amount of skill.  When we went out with my uncle and aunt, we would use seine nets in the grassy shallows of the intercostal waterways to trap shrimp.  When we weren't fishing, my mother and aunt would walk the beaches looking for shells of which there was no end.  They had buckets and buckets full of shark's teeth of every size.

Some places were a challenge to get to.  Sanibel Island, for example, now an expensive tourist destination,  had to be reached by ferry.  There was nothing on the island, and if you missed the last ferry of the day, you would spend a miserable night in your car plagued by swarms of "no-see-ums" whose bites burned like embers.  Getting to the keys was a long, slow drive across a hundred miles of narrow bridges.  Nothing was upscale, just crackers and rednecks who were trying to "get away."

There were popular beaches, of course.  St. Petersburg, Daytona Beach, and Ft. Lauderdale were holiday getaways.  Staying at one of the hotels there on a family vacation was as exciting as it got for a working class kid.

Outside of any town, everything was just pine flats and scrub and swamp.  Sometimes muck fires would close highways for days at a time as would forest fires due to lightning.  "Out there" were bears and gators and panthers and deer and very large boars.  Neighborhoods still had snakes and scorpions and centipedes and large patches of sand spurs, poison ivy, and poison oak.  We were always told to "put your shoes on," but we rarely did.  We would walk miles and miles in bare feet that were toughened from playing football in the street.  We never wore shirts except in school.  Scabs on knees and elbows were ubiquitous.

Every yard had fruit trees.  Nights were filled with fireflies.

"Remember this?  This is what it sounded like when we first moved here."

Almost everything is gone now.  The waterways are choked with weeds from sewage, fertilizers, and other nutrient pollution.  There is hardly any open space between inescapable developments, Walmarts and Targets and little open shopping plazas full of chain restaurants clogging busy highways that once housed pop up stands selling fruit and vegetables and bait and boiled peanuts.  The fireflies are gone, killed off by insecticides.  It is rare to see a fruit tree.  Housing projects have been built over celery farms and orange groves.  The roar of motors and the screaming of sirens fill the evening air.  You can no longer see the stars.  Kids can't play in busy streets.  Even the drinking water from deep aquifers has been poisoned.

There is nothing old here any more.  Everything is new or newer.  Over a thousand people move here every day.  As my buddy told me at lunch last week, one of his law school professors once said, "You can never stop developers.  They are like the Viet Cong.  They just keep attacking."

It is Trump's home state now.  Such a thing is apropos. 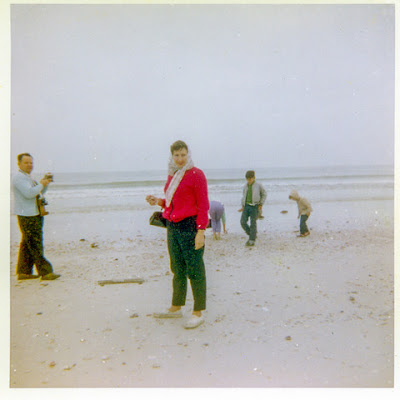