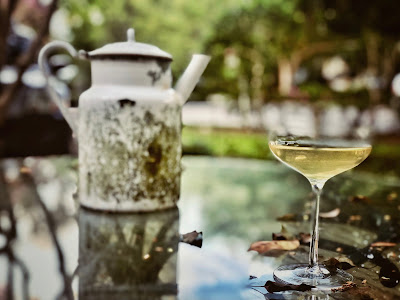 What was it that Emerson called the "hobgoblins of little minds"?  Apparently, I suffer from it more than I have let myself admit.  But, as I've said elsewhere, I would prefer to call it habit.  You know, the "neither deep nor tragic" variety.  Better still would be "ritual."  Yes, I believe it to be more of a ritual.

Still, Emerson may be right.

Worse, however, is that I feel the adolescent need to share the image of my little mind with others each time.  Maybe "repetitive" it the word that comes to mind for them.  But through repetition comes. . . well, ask any artist or athlete.  There is a certain muscle memory built that is imperative. We might call this "practice."  And god knows, if you want to be good at something, you must practice.

You do best what you do most I have always said.

You see where I am going with this?

Don't worry.  I'm not certain, either.  But I do know that for every thousand or ten thousand or million people who practice every day, only a few stand out.  Sometimes it comes down to the number of ways you practice a thing, that added element of creativity in the act.  There is a part that is rote, and then there is the that which is spontaneous.

Sometimes the act borders on the holy.

I have a lot of phone pictures of later afternoon and early evening cocktails on my deck.  I think I will print them as a series.

It is what I have instead of people.  Nudes are out unless they are of men now.  If I want to shoot people, it would have to be men.  Naked men.  Peters, penises, cocks.  That's what is acceptable now.  That's what is in.  Most of the recent new shows have them.  There is a new show that focuses on them, I think.  "Minx" (link).  If you are interested, you can read all about it by clicking the link.  I think they are ignoring the balls which seems wrong, but, you know, dicks are in.  Everybody's got one.  I mean, not everybody, but you know. . . many women getting them.

Jesus, I'll get in trouble for that one.

So maybe I'll do a new series.

And that went right off the rails before I even got to my daily report.  I should begin again.

Yesterday morning, the cat was waiting on the deck when I got up, so first thing, I fed her.  Then I had my normal daily (oh, Jesus) routine.  I think I left that one out of the "Hobgoblin" discussion.  Anyway (as my mother so likes to say), when I was done, I took my coffee out onto the deck.  It is a fine deck and I like to go out to it now more than ever.  I admired it from every angle, memorizing it.

And then I went to the gym (another hobgoblin).  When I returned, with a sweeping glance across the deck, what did I see?  The cat dish was sitting atop a small jar.  What?!?  Weird.  I went over and looked at it for a bit trying to make sense of the thing, and then, very gingerly, I lifted the cat's bowl off as if this were some kind of evil mischief (gremlin).  Underneath I saw this. 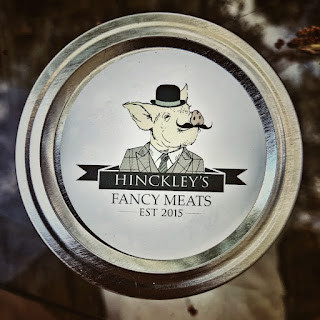 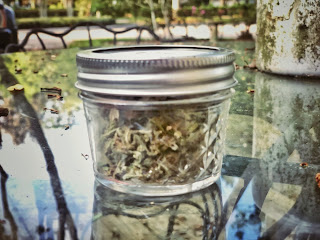 What the bloody hell?  Was it catnip?  Who would have done this?  I ran through a list of people who liked me and maybe some who didn't.  Was this a gift or a something dangerous.  Maybe my life was changing.  I thought of all the wonderful women who might do this.  Women from my past, of course, since I haven't any in my present.  But wait. . . it could be paraquat pot.  Who would do such a thing.  I'd had a call from one of my friends from the factory who was now working in another state.  Maybe she was calling to tell me she had someone bring this over.

After a long and pleasant chat (she was working outside), I mentioned the jar.  Nope.  Not from her she giggled.  Maybe Ili left it?  Would she try to kill me with paraquat pot?  There was a question I couldn't answer.

A bit later in the day, I got a text message from a friend who is a grower in Vermont.  Not a girl.

Somehow, I've come into possession of more nerve pills, too.  Both those and the jar seem lifetime supplies to me.  I barely ever use them.  And knowing I am rich and full in this way, I slept last night forever.  I don't need to use them at all.  Just knowing they are there, that just in case, you know?

I do find it shameful, though, that I thought of Ili when I saw the jar.  I need to get a life.

Oy!  I forgot to mention that I went to the Art Festival yesterday.  I went just after noon.  I wanted to look cool, so I wore a black t-shirt and my new hipster pants and my high top Converse.  I walked up.  It was in the low 90s and felt like 100.  I should not have tried to look cool.  I was sweating like a drunk and was afraid that I would chafe.  It was an anti-art festival for sure.  Watercolors of pelicans, carved wooden walking staffs, framed doodles, hand made rags.  Nothing.  I took my camera but was too shy to take it out of its holster.  It is too hard in my own hometown.  I, however, was the subject of other cameras.  Like everyone else, I am suspicious.

Then, last night was the Full Worm Moon. 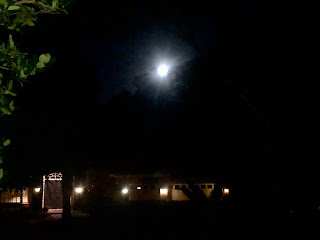 Today is the last day of winter.  The high will once again be in the 90s.  Too hot, too soon.  I will fertilize the lawn before it gets too hot.  There could be some flower planting, too.