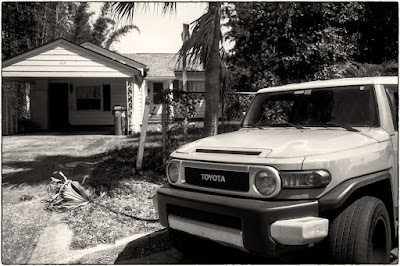 Where do I begin.  Jesus.  I started drinking at lunch and didn't stop.  And I ate.  And ate.  Oh, god, did I eat.  Carbs.  Lots and lots of carbs.  Lunch began at a Thai place.  Coconut soup. . . you know. . . the high calorie kind. . . and crunchy spring rolls and red curry and lots of Chang beer.  Then off to the good French bakery.  Loaded up on things to take home.  An afternoon whiskey before going to mother's, then home made margaritas on the deck.  Plural.  Hungry again, I got spaghetti carbonara and pizza.  Whiskey and pastries.  I didn't even get tired.  Stayed up late playing "Born to Run" on my guitar over and over again.  Not the version you are thinking of.  The good one that makes you feel like you are an early Sam Shepard character.

I watched her sing it live with different musicians in different decades for however long that took.  I'm trying to outrun something, you know, something that eventually catches you no matter what.

Somewhere in between, I watched more of the Depp/Heard case.  My mother asked me, "How long is that going to go on?"

Can you trust audio and video where one person knows she is being recorded and the other does not?

Can you enjoy it?

About half my friends were confused by the Pepe LePew reference.  WTF?  Some thought I was serious.

I read a hard hitting article in the N.Y. Times this morning about the "new vibe" that is coming (link).  It is evident, if you can believe this reporter, at Coachella.  Bright colors, near nudity, and a hippie vibe brought about by the new mushroom craze.  These kids are hopeful.  They are going to fix the problems of the world.  They have tech.  They have social media.  Old people are fucked up.

Last night, a pretty 35 year old woman sent me a phone pic from the concert she was attending.  Center, onstage, was some old man.  I guess it was a revival thing, maybe a Jefferson Starship reunion--I don't know. 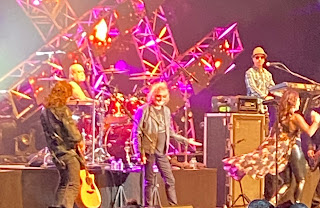 I just want to wear bell bottoms and dance around with naked girls again.

But Coachella?  Really?  Can there be anything less hip than Coachella?

Pepe Le Pew is 77.  Keith Richards is 78.  Captain Jack Sparrow is their offspring, but god knows how old he might be.

These numbers might mean something if you are into conspiracy theories.  You may have read "The DaVinci Code."

Pynchon's early works, however, are much, much better.  Obscure clues abound.

I have to go to the gym.  I have to shed the billion calories I consumed yesterday somehow.  I should quit drinking yet again.  I should eat veggie hippie food and drink coffee like I'm at an A.A. meeting.  I don't know that yesterday can be undone.

I am struggling this morning.  There is the temptation of a Bloody Mary and bed.  But Jesus. . . I don't want to end up like Depp.  Nor Bill Murray.

"Nobody here likes you!  You are tolerated!"