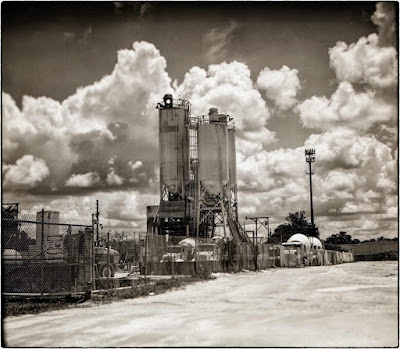 I've been living off these photos for a week now.  I'll go make some more today.  I'm down to the least of them now.

I was worn yesterday, and it rained, so I stayed home and did laundry and played in the awkward home studio.  Then the rain broke and I went to a fabric store to see about getting some for a backdrop.  Velvet.  That was the thing.  But it was $40/yd.  It was 56 inches wide, and I would need 4 yards.  I didn't know how it would look, really, and I don't know if I will actually use the home studio other than for test shots these next few days.  It would be kind of embarrassing if one of my friends knocked on the door.  That hardly happens, but you know how things go when you don't want them to.  So I couldn't bring myself to pull the trigger.  I left the store empty handed.

It was early, but I decided to go to my mother's.  When I got there, I started to hack and cough.  I thought it would be momentary, but it lasted.  I thought, shit. . . I knew I'd catch Covid.  I didn't stay long thinking that I didn't want to take a chance on giving it to her.

When I got home, it began to rain once again.  I read for awhile.  Then, still early, I ate dinner and watched "How to Change Your Mind," the series on Netflix about taking hallucinogens.  It is fascinating at first.  Michael Pollan goes into the history of LSD and how it was first synthesized then tested.  Then Ken Kesey and the Merry Pranksters and Timothy Leary made it popular with the hippie generation.  He doesn't mention the Grateful Dead, though, and that should be noted because too much of the show is invisibly like that.  I mean, there is always more to the story.

Pollan has a narrative to sell, though, and as it goes along, you begin to see the confusion between hallucinogens as medicine and hallucinogens as "something else."  The few scientists he inteviews use a mixed language of science and mysticism.  There is a little research, not a lot, and I am not convinced about the standing of some of these researchers.  Not everyone with a degree is at the head of the class, so to speak.  Pollan doesn't provide their pedigrees.

And so, as the series went on (I watched several episodes), I became more and more disenchanted.  I was bored to tears with the drawn out stories of people who suffered trauma and depression.  Hearing from one man who took psilocin, the active ingredient in psilocybin mushrooms, became a tree and saw his family walk by, then was cured of his OCD, I started to doubt the veracity of the series.  Pollan never interviews anyone for whom this didn't happen.  Some of the numbers were just thrown out there.  "30% of patients reported that. . . ."  For me, it wasn't adding up.

Having grown up in the drug revolution, I've been around too many people who became drug addled rather than enlightened.  I'd watch my friends trip and hear and see first hand what sort of "insights" they experienced.  I started telling people that for most people, it was like giving acid to a duck.  The insights were just not that great.  Indeed, many people I knew became mushroom-like themselves.  They didn't seem to be cured of anything.

It was during the episode on MDMA, Molly or Ecstasy, that I gave up.  Just mingle with ravers for a bit and you'll know there are two sides to that coin.  I'd guess that there are medicinal uses for some people with fucked up brains, people who need "rewiring," but the claims being made, I felt, were too great.  Pollan's message isn't clear.  He seems to be saying, like Timothy Leary, that mind altering is good for everyone, maybe, but not necessarily.  Maybe only for the "special" people.  His message is murky, I think.  It might be clarified by the final episode, but I'm not sure that I will make it that far.  There just doesn't seem to be enough substance for the intended episodes.  It spread itself a little thin.

I had eaten a gummy, though, and was drinking, so maybe I am the addled one.  Probably.

I am not coughing this morning and feel no different than I felt yesterday.  Could I have escaped the dreaded Vid?  I keep my fingers crossed.

Pub crawl over and done, I am back in the vacuum of my own skull.  I made some test shots again yesterday with the only model I have.  He isn't one of my favorites.  Something bad has happened to him over the years, and apparently he has resigned himself to that.  Moreover, I think, he accentuates it.  It is not humility as much as self-pity if I had to guess.  It is a relinquishing of the self to the inability to escape the inescapable.  It is a heaviness of being battered and broken by happenstance and the inevitable wages of time.  There are only so many ways to lie to oneself, it seems, and eventually that toolbox is empty.

I ordered a photo book that came yesterday.  The photos are by Mark Steinmetz.  This book is a collection of black and white photos he made in Knoxville in the 1990s.  Knoxville.  There's and idea, I thought.  I should go to Knoxville and get a moderate room for a week.  I could make my own photo essay.  Indeed, I could do that for many cities.  "A Week In," could be the title.

That's what I thought, but there are things that keep me in place and tie me down.  Some are more substantial than others.  I don't know.  I will get out of here in a few minutes and go to normally busy places that on an early Sunday morning will be vacated.  Then, later, I will work with my one model again.  I have ideas.  I always have ideas.

One I've held forever is that part of the wonder of being human is that you can always change your mind.  You don't need drugs for that.

"I changed my mind."