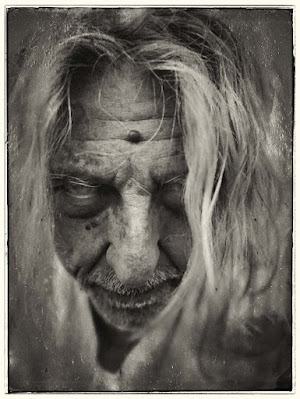 These new phones are great.  You can put on filters that remove wrinkles and give your skin a smooth, even glow.  Everyone can look like a Kardashian now.  The world just continues to get prettier.

When I sent my mother a similar picture from this series, she said, simply, "Do not do that."  I don't think she appreciates my aesthetics.  But why, I think, would I want to make myself prettier in pictures than I am in real life?  I did that when Photoshop first came out.  Oh man. . . I was Photoshop lovely.  One day, looking at some old photographs, I thought with great horror, "Look what time and life have done to me," forgetting that I never looked like those photographs in the first place.  But this photo--my god, even in sickness I look somewhat better.

In the mirror, however, I do retain the flaws.  I am Quasimodo.

Everyone is pretty now, at least in their instagram feed.  The virtual world is lovely.  And with Second Life or in the Metaverse, you can choose an avatar and be something you've wanted to be, something you're not.  It is like Dungeons and Dragons come to life.  Fantasy role playing has been around for a long time now.  For many, the desire to be something you are not is normal.

"What name do you want to use?  What is your pronoun?"

So, this is my avatar.  Beware.

Yea, I'm still not feeling great.  The excruciating pains have subsided.  Now I'm merely uncomfortable.  All I've eaten in two days are a couple bowls of soup, some dry toast, and two cans of Ensure.  I may try eating a bit more today.  You'd think I would at least have lost weight, but I've watched "Naked and Afraid."  Those people go for a long time without eating, and they do lose pounds, but in the end they just look like smaller versions of themselves.  They don't just lose belly weight or back fat.  They still look fat, only smaller.

My republican buddy sent me a snapshot of a book on fasting and asked, "Have you ever tried this?"

Of course I have.  Fasting is physically healthy, they say, but many use it as a spiritual exercise, too.  I fasted for many days once, long enough to begin to release toxins from my cells.  It was trippy.

"What did you learn?" my buddy wanted to know.

"I learned I didn't like fasting," I told him.  Then I sent him a PDF copy of Kafka's "The Hunger Artist"  with the note, "This is the best story about fasting ever written."

Days later, he sarcastically wrote back, "That was uplifting."

I said, "Jesus, that didn't take long.  Do you move your lips when you read?"

He said the Evelyn Wood Speed Reading course didn't take.  If you are young, you have no idea what that means.  Google it.

In response, I sent him a PDF of "Tony Gets a Pony."

"Read this and watch Miracle on 34th Street.  You'll be uplifted."

Q sent me a nice piece of equipment.  So he says.  It hasn't arrived yet, but it should come in very handy.  It is older technology, but I think it still has functionality.  It will be useful in many coming situations. 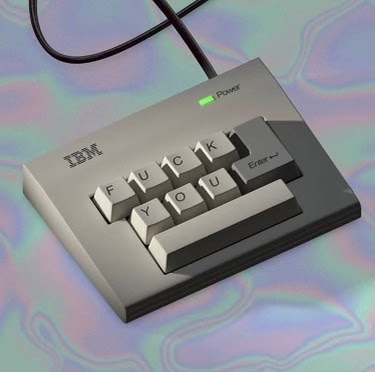 It was an early collaboration between Elon Musk and Mark Zuckerberg.  They since each improved upon the design.

O.K.  I'm zonked.  I was having trouble lying in bed this morning with my dreadful imaginings and conversations with God (one sided, pleading things), but now dawn is slouching toward a new day, and I think I'll go back to bed.  I'll put on this Apple Music station I've been listening to at low volume for days now in an effort to assuage my anxieties (link).  Sometimes it makes me think of being in some lovely place like the Cafe Carlyle or Bemelmans.  I have to imagine it, for, shamefully, I've never been to either.