The Signs Are Clear 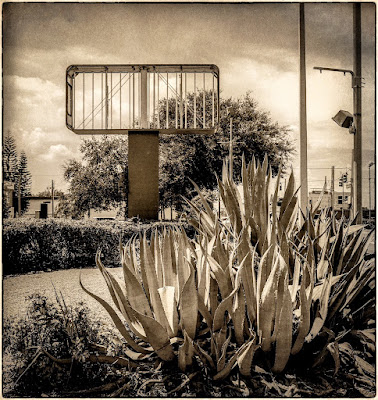 There are a lot of disappointed people this morning.  I didn't win the $2 billion dollar Powerball jackpot.  I had promised many that I would give them ONE HUNDRED DOLLARS if I won.

My mother asked me what I would do if I won.  I said I would just have people do stuff for me.  I'd never do another dish again.  I'd have my own private Uber.  Etc. Just that.  Nothing else.

There was that political thing last night.  "Election Results: What You Need To Know" screams the headlines.  I think that DeSantis was just elected president.  Herschel Walker thinks he got elected to the Supremist Court.  That's all I know.

It was impossible to see the full moon here last night.  Hurricane Skylar controls of our view of the heavens.  Funny that they named a hurricane that.  Fate.  It was a hurricane that started our relationship so long ago.  Now. . . we'll just have to ride it out and see.  Nobody can predict the future except for Madame Sosostris.  She wields a mean pack of cards.

I will spend the night with my mother to keep her company.

The tenant came down with that terrible flu.  It is scary.  I was supposed to go to a movie with a big crowd from the factory on Thursday night.  I have had a flu shot, but I didn't want to sit inside a movie theater with a bunch of people.  I think I am done with that for the next, oh. . . I don't know. . . .  I just don't want to get sick.  The tenant sounds like Godmother Death.  My mother's neighbor was hauled off to the hospital in an ambulance because of it.  I don't think the theater will be open Thursday night, so I might catch a break.

But the time change is still screwing me up.  I don't know when to drink, eat, sleep, wake. . . nothing.  Old C.C. does, though.  "They" have him on a tight schedule.  Last night "they" fed him possum steaks in groundhog gravy.  I think they have completely broken him now.  They will "free" him today, but he will never really be free.  "They" will be in control of him from now on. His family won't recognize him when he comes home.  It might look like him, but what about those eyes?

I have much to do today before the coming of the storm.  Reality sucks.  I just want to live in a dream and lie in the arms of My Own True Love.  That's what I want to do, but goddamned life just gets in the way.  And so I go numb or I weep or I dream.  I wish I had been born a fuck boy, I really do.  But I'm a romanic.  What can I say.  The times are Decadent and Depraved.  We must adapt.

"What the fuck is he talking about, anyway?"