Once and the Future 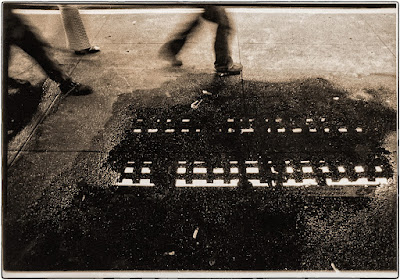 I think my brain is functioning again.  I think I can write. . . something.  I'll just riff, though, and see if I have regained my unusual nimbleness.  If that is the case, I'll get back to the narrative which some people have been enjoying.  Not so much my New Old Friend.  She wants me to write something about us.

"I'll get there.  I'm working chronologically."

"Jesus Christ, Boo, you are still in junior high school.  You were like a hundred when I met you!  How fucking long is this going to take?"

I've embellished to make a point, as I always do.  As you know, it would be a big mistake to take this blog literally (or seriously).

More coffee.  I doubled down on sleep aids last night just to be certain.  I needed sleep badly.  The after effects are lingering, but my mind is waking.  It is late.  It is beautiful outside.  I must get busy today.  Yesterday it was all I could do to sit at the computer searching old hard drives.  I need to order them, but I get fascinated and just start looking and remembering.

And thus the drives stay the idiotic messes that they are.  But fuck yea.  Yay me!!!

I love the early pictures of myself when I was a devastatingly beautiful boy and man.  Of course, that is common.  Can there be one of us who doesn't look back and wonder at how beautiful we were?  It's called youth.  I say that, then I remember that some people tried to be purposely ugly.  Shame, that, 'cause we are all beautiful children.  There should be no reason to mar that.

The middle years are hard to look at sometimes.  I had a mullet.  WTF???  I don't show those pictures.  Fortunately, there are few.  I was married.  Oh, there are some nice photographs, especially when I was stripped down to muscle and bone, but that hair makes me look like Joe Dirt.

I must have changed beauticians when I got divorced.  It helped.  I didn't have that babyface any longer, but I was still interesting in some ways.

Now, of course, I have become Quasimodo and must revel in that.  But it makes staring at those old pictures. . . you know what I mean.

My mother told me last night that she had gotten her hair cut.  She went to the place she used to go, but it wasn't there.

"I don't get my hair cut that often.  Anyway, I went into Walgreens and asked the girl at the checkout counter if she knew of any beauticians nearby.  She just stared at me.  'What's that?' she asked.  She didn't know the word.  Don't they call them beauticians anymore?"

I guess my using that term jokingly around my mother wasn't a good idea.

"What do they call them now?"

It's not my mom's fault.  Kids are idiots.

I talked to my tenant last night, the newly minted Ph.D.  She was dancing some fandango in Missouri over Thanksgiving and broke her foot.  The X-ray is gnarly. 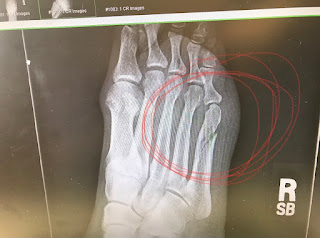 She is unable to put any weight on it for at least eight weeks.  She is staying at her mother's in the Great White North, housebound with her 103 year old grandmother.  Three girls sitting on the couch watching commercial t.v.  She says she is losing her mind and getting depressed.

"Get as many drugs as you can.  Tell the doctors the pain is excruciating and that you need drugs to help with the psychosis, too."

She is snowed in and afraid to go out on icy sidewalks on crutches.  Her state does not have legal marijuana, but she has a son who just graduated college.  I'm encouraging her to stay in a bubble until she can escape.

But that's just me.

Back to my point, however. . . she is a college prof, and she is in agreement about the idiot kids statement.

"Covid has fucked everything up.  The kids in college now didn't go to high school for two years.  They sat at home in front of a computer."

"The world may never recover it's old form," I said. "There was a complete paradigm shift.  The old touchstones are gone.  We lived by the calendar and things that were sacrosanct and set in stone.  It started with the new season on television in September.  Then it was Halloween, then Thanksgiving.  What the fuck happened to the new t.v. season?"

"Sure.  It's like the Burning Bush, right?  It's where they find their answers."

"Next time your son has a moral dilemma, tell him to ask The Burning Bush."

"I don't think most kids would get the reference."

"Hey Siri, I've fallen in love with my friend's girlfriend.  What should I do?  I'm sure the phone would burst into flame and he would hear the voice of God."

He has a great job right out of college, but he still manages a climbing gym.  I wonder where he got that interest from?

I didn't leave the house once yesterday.  I didn't shower.  I didn't go to the gym or to the grocers.  The day in front of the computer passed quickly, and as the sun set, I made a cocktail and sat out on the deck with my Own True Cat.  The feral one.  The one who trusts but doesn't love me, quite the opposite of her other "owner."  But. . . and I may be flattering myself, but. . . I think she is beginning to take to me.  There are indicators, so they must be blatant.  I'm a paranoid and have never been any good at picking up on flirtations clues.  I've probably missed some very good times.  But I don't think what the cat is doing is subtle.  She's a little flirt flashing those pretty eyes.  She knows what she's doing.

I adapted that line from a Catholic Priest.

After my cocktail with the little minx, I headed back inside.  I didn't want to cook, so I just made a plate of expensive cheese and olives and truffles almonds and crackers.  I had a fairly expensive bottle of wine that I had opened the day before and needed drinking.

The rest of my night was spent on the couch in front of the television.  I watched the latest episode of "White Lotus."  It's what people do.  Then, a few scotches in, it was time for bed and a long autumn sleep.

This morning, I feel myself a bum.  All the working people are engaged in something.  I have merely drifted without purpose these past few years having lost the most significant things in my life and let go of the things that have so long sustained me.  I must be productive.

I should have gone somewhere this week.  I'll probably forever regret not having done so.  I could not discern the sincerity of the invitation, though.

Selavy.  I guess I need to get back to telling the story.  It is something, anyway.